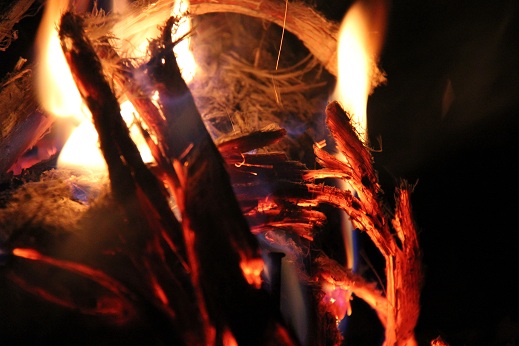 Spiraling yellow plumes sizzle into the Salween night.
Crickets, cicadas and mynah birds add to the jungle chorus and the
thwacking sounds of the fire gutting itself.
The wind, like an invisible ghost, swooshes and shimmers between the logs.
A swerving headlight of a motorcycle suddenly appears,
the only reminder of urban life.

Six figures sit on tree trunks, boxes, chairs sipping morning coffee in silence
taking turns to stoke the fire with kindling and dry branches.
The hissing smoke changes directions engulfing all
in some kind of weird magic show.
Golden embers, pulsating within the logs, spurt into orange flames,
like fire geysers, until once again this pyramid of light
hypnotizes all twelve entranced eyes.

The fire gaze becomes a kind of time travel,
reaching back to dozens of jungle nights across the globe
and hundreds of fires, each unique in its asymmetric shapes…

After a grueling week-long climb to the apex of Africa,
at Loitokitok base camp on the slopes of Kilimanjaro,
Glistening black and brown bodies dance in triumph
around a three-meter high fire.

Fermented waragi slithers down throats, a wild cat’s growl pierces the night—
a vivid reminder they are not alone.

Night owls and giant ferns peer into the golden flames of the Peruvian night,
as mighty Machu Picchu in silhouetted rock towers above.
The flames writhe in their serpent dance to the Inca Gods,
swift water gushing by from a nearby creek.
Inti, the sun god, appears at dawn,
a yellow sphere spreading light over the flora,
fern by fern, bush by bush, leaf by leaf,
till it desecrates the last of the dying embers to extinction.

The seven sisters of Annapurna glow from a three-quarter moon
in the Himalayan amphitheatre.
Four climbers ooze out warmth from the bonfire in front of them.
Their wind pants flutter faster than humming birds
from the howling hiss of a sirocco wind.
Sliding deep down into sleeping bags,
they pray that the white powder slithering down the slope
will not accelerate into a full-blown avalanche this night.

Fire, Fire. Crimson spire of the night,
Take us back to that meditational trance,
that secret throbbing fusion of dance with earth, wind and water,
as your twinkling sparks, like fireflies, twirl up into the mysterious black sky.

This Salween night, toes are toasted with the smell of burnt smoke
seeping out from mountain socks,
as the embers soothe us into sweet, sweet slumber
…yet once more.

The writer: Mohezin Tejani developed a passion for books and travels during his early life in Africa. Born in Tanzania to Ismaili parents of Indian ancestry, he grew up in Uganda where he spent his childhood and early adult life. Then in 1972, along with 80,000 other fellow Asians, he was expelled during Idi Amin’s reign of terror, and first fled to England and then to America of the late sixties and early seventies. He spent the next four decades on the road as a political refugee and a humanitarian aid worker. The above pieces are part of a collection of essays, poems, and letters written over four decades of travel across five continents. Tejani’s latest book Thank You Idi Amin: A Memoir of the Asian Exodus was published by Global Vision Press and has received critical acclaim. Excerpts and links to his other writings can be found on his website: www.motejani.com. 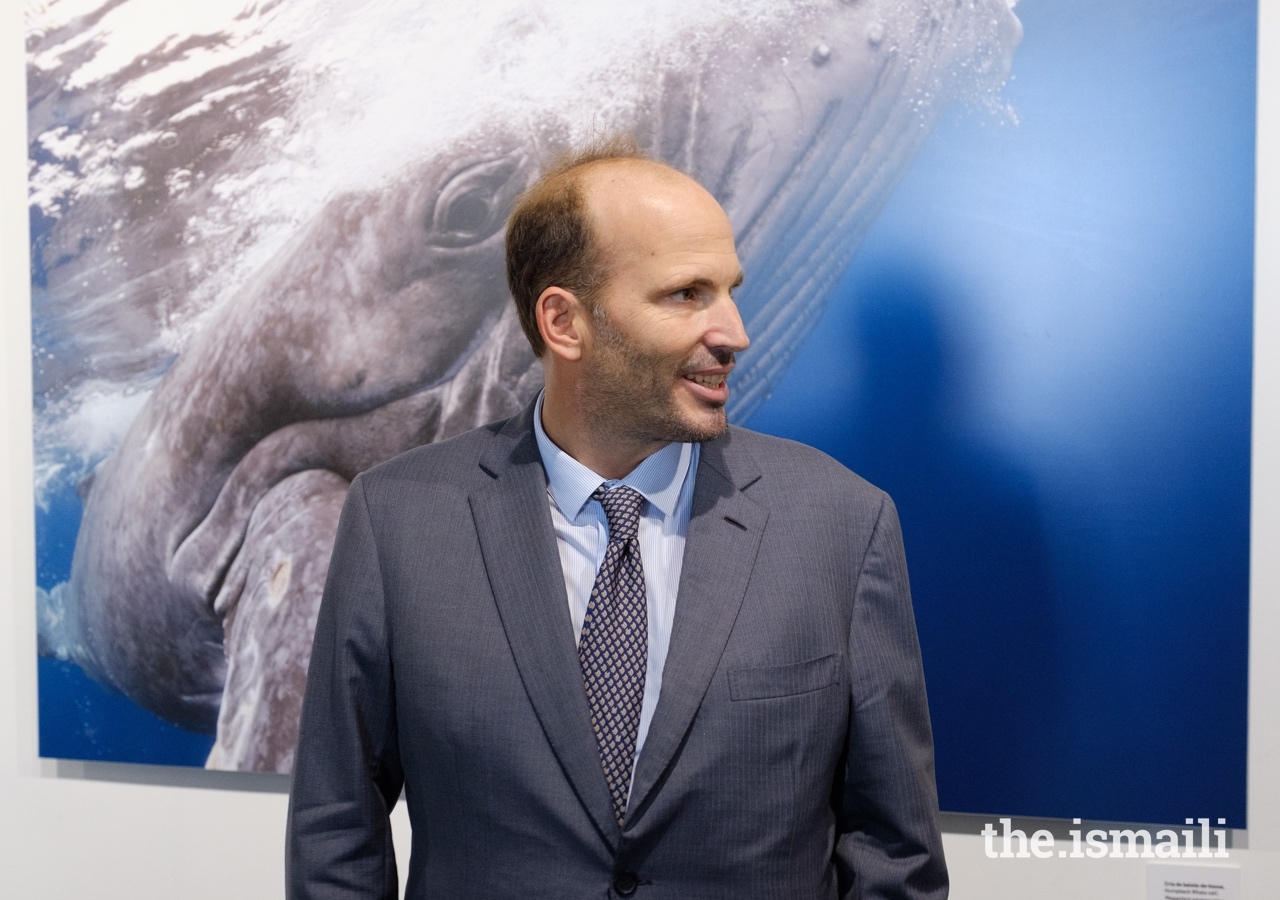 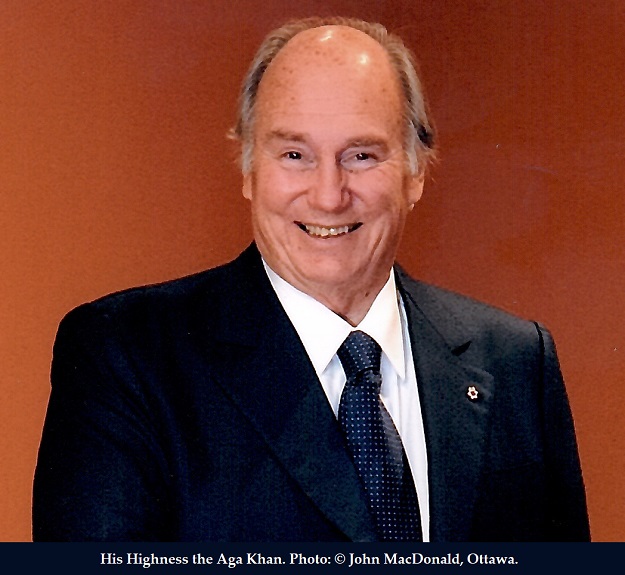 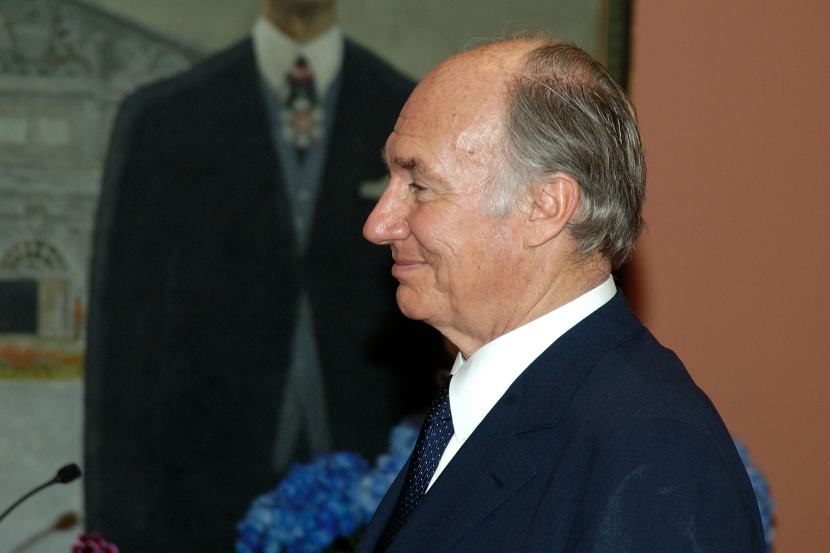 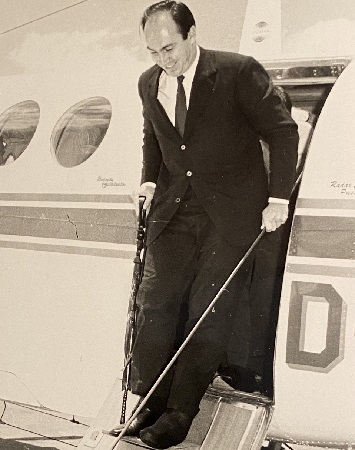 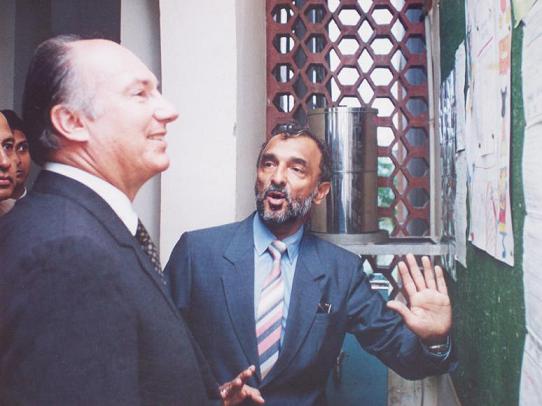