“I came upon a rather striking surprise in looking through the texts of earlier Peterson Lectures. Not just one – but two of those addresses in recent years have quoted my grandfather! It was from him, Sir Sultan Muhammad Shah Aga Khan, that I inherited my present role in 1957. I also inherited from him a deep concern for the advancement of education – especially in the developing world….As you may know, the developing world has been at the centre of my thinking and my work throughout my lifetime. And I inherited a tradition of educational commitment from my grandfather. It was a century ago that he began to build a network of some 300 schools in the developing world the Aga Khan Education Services – in addition to founding Aligarh University in India.” (Excerpts from The Peterson Lecture by the current 49th Ismaili Imam,  His Highness Prince Karim Aga Khan, grandson of Aga Khan III, to a meeting of the International Baccalaureate, Atlanta, Georgia, April 18, 2008).

As a mendicant, I am now going out to beg from house to house and from street to street for the children of Indian Muslims.

…The farsighted among the Muslims of India desire a University, where the standard of learning should be the highest and where with the scientific training, there shall be that moral education, that indirect but constant reminder of the eternal difference between right and wrong, which is the soul of education …. I earnestly beg of you that the cause of such a University should not be forgotten in the shouts of the market place that daily rise amongst us. (Sir Sultan Muhammad Shah, Aga Khan III, 48th Imam of the Shia Imami Ismaili Muslims)

In December 1910, the session of the All India Muslim Educational Conference at Nagpur gave the signal for a concrete, nation-wide effort to raise the necessary funds for the projected University. A Central Foundation Committee  with the Aga Khan III as Chairman and Maulana Shaukat Ali (1873 – 1938) as his Secretary was formed at Aligarh on January 10, 1911.  The committee included many other high profile representatives from the Muslim community. The Aga Khan accompanied by Maulana Shaukat Ali toured throughout the country to raise funds, visiting Calcutta, Allahabad, Lucknow, Cawnpore, Lahore, Bombay and other places.

‘As a mendicant’, the Aga Khan announced, ‘I am now going out to beg from house to house and from street to street for the children of Indian Muslims.’

It was a triumphal tour. Wherever he went, people unharnessed the horses of his carriage and pulled it themselves for miles.

The response to the touching appeal of the Aga Khan was spontaneous. On his arrival at Lahore, the daily ‘Peace’ of Punjab editorially commented and called upon the Muslims  ‘to wake up, as the greatest personality and benefactor of Islam was in their city.’

The paper recalled a remark of Sir Syed Ahmad Khan prophesying the rise of a hand from the unseen world to accomplish his mission. ‘That personality’ the paper added, ‘was of the Aga Khan III.’

Collecting Funds from a Bitter Critic – the True Spirit of Islam

Qayyum A. Malick writes in ‘Prince Aga Khan’ (Karachi, 1954, p. 64) that once while on his way to Bombay to collect funds for the university, the Aga Khan stopped his car at the office of a person who was known to be his bitterest critic.

The man stood up astonished and bewildered and asked, ‘Whom do you want Sir?’

‘I have come for your contribution to the Muslim university fund,’ said the Aga Khan.

Then the Aga Khan took off his hat and said:

‘Now as a beggar, I beg from you something for the children of Islam. Put something in the bowl of this mendicant.’

The man wrote another cheque for Rs. 15000 with moist eyes, and said:

‘Your Highness, now it is my turn to beg. I beg of you in the name of the most merciful God to forgive me for anything that I may have said against you. I never knew you were so great.’

‘Don’t worry! It is my nature to forgive and forget in the cause of Islam and the Muslims.’

The drive received further great fillip from the announcement of a big donation by Her Highness Nawab Sultan Jahan Begum of Bhopal. The Aga Khan was so moved by her munificence that in thanking her, he spoke the following words:

In sum, the Imam collected twenty-six lacs of rupees by July, 1912 in the drive and his personal contribution amounted to one lac rupees.

On October 20, 1920, the Aligarh University was granted its official Charter. In spite of several obstacles, the Aga Khan continued his ceaseless efforts for the Muslim University, and further announced his annual grant of Rs. 10,000 for Aligarh University, which was subsequently raised. Various Ismaili individuals also made their generous contributions to Aligarh University. For instance, Mr. Kassim Ali Jairajbhoy gave Rs. 1,25,000 to found chairs of Philosophy and Science in the Aligarh in memory of his father.

It might be noted that in January, 1857, Lord Canning (1856-1862) had passed the Acts of Incorporation in India which provided for the establishment of universities in Calcutta, Bombay and Madras. The fourth university was then established in 1882 by a Special Act of Incorporation in Punjab and the fifth was that of Allahabad University in 1887. Thus, by the end of 1902 there were five universities in India. Aligarh University became the sixth one.

‘The Movement of establishing a Muslim University’ wrote Mumtaz Moin in his ‘The Aligarh Movement’ (Karachi, 1976, p. 184), ‘is an important chapter of our history. Initiated by Waqar al-Mulk it soon became a live issue under the patronage of the Aga Khan.’

Islamuddin wrote in ‘Aga Khan III’ (Islamabad, 1978, p. 27) ‘…it would not be an exaggeration to say that without Aga Khan, there would have been no Aligarh University, and without Aligarh, Pakistan would have been a near impossibility.’

‘We may claim with pride that Aligarh was the product of our own efforts and of no outside benevolence and surely it may also be claimed that the independent sovereign nation of Pakistan was born in the Muslim University of Aligarh.’

Note to the reader:

Please visit the What’s New page for all articles posted in this website (by date). And do visit the Home page if you are coming from an external link.

Literary Reading: Sir Sultan Muhammad Shah, Aga Khan III – A Muslim’s Analysis of Lessons that Can be Learnt from the 48th Ismaili Imam

4 thoughts on “Sir Sultan Muhammad Shah, Aga Khan III – A “Mendicant” Who Transformed a Dream into Reality and Stirred the Soul of a Bitter Critic” 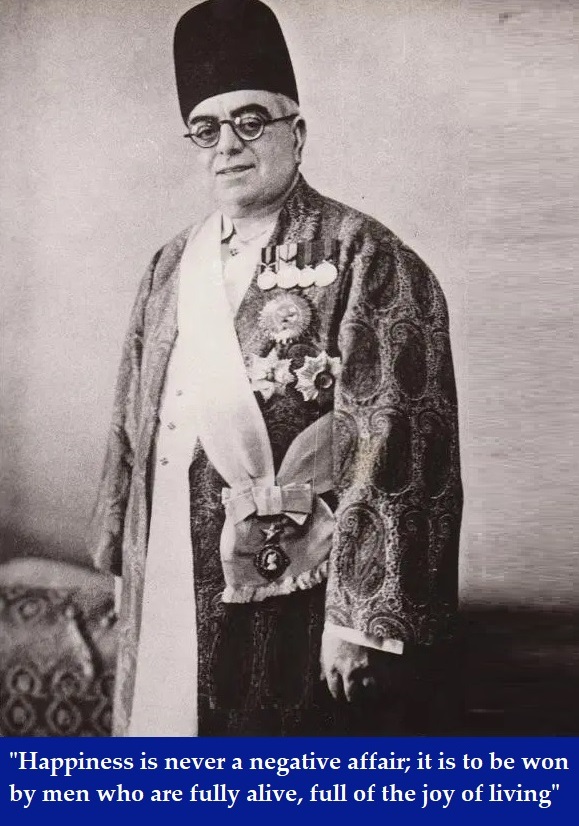 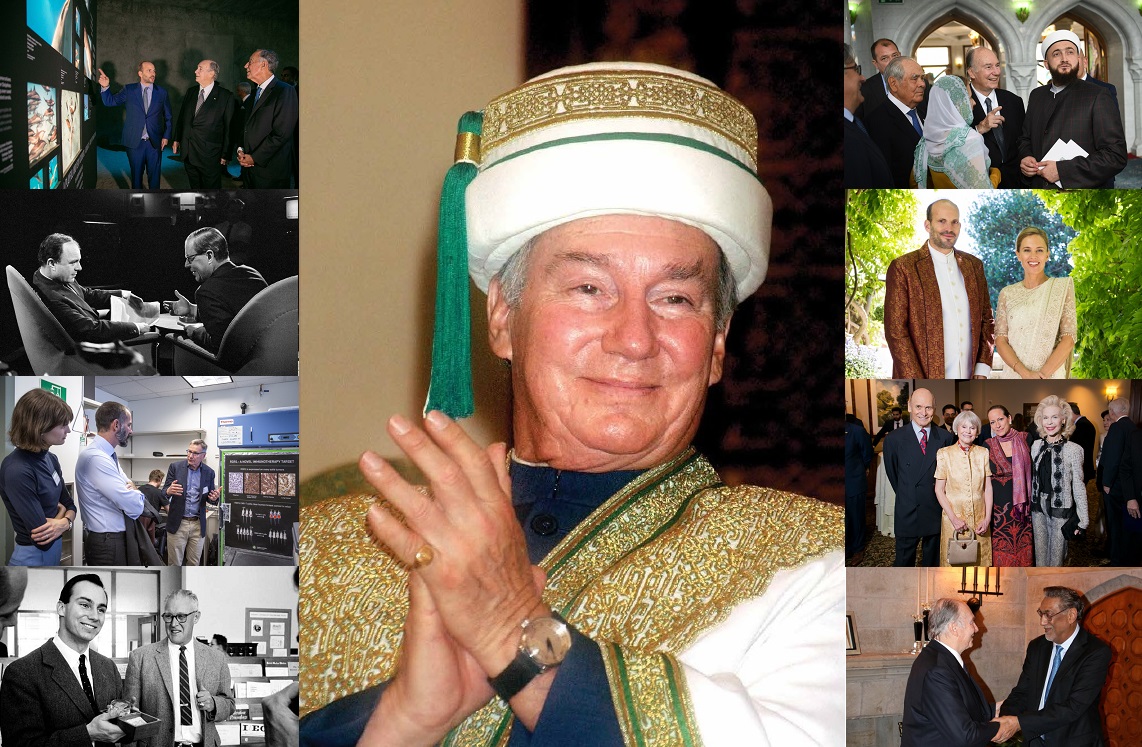 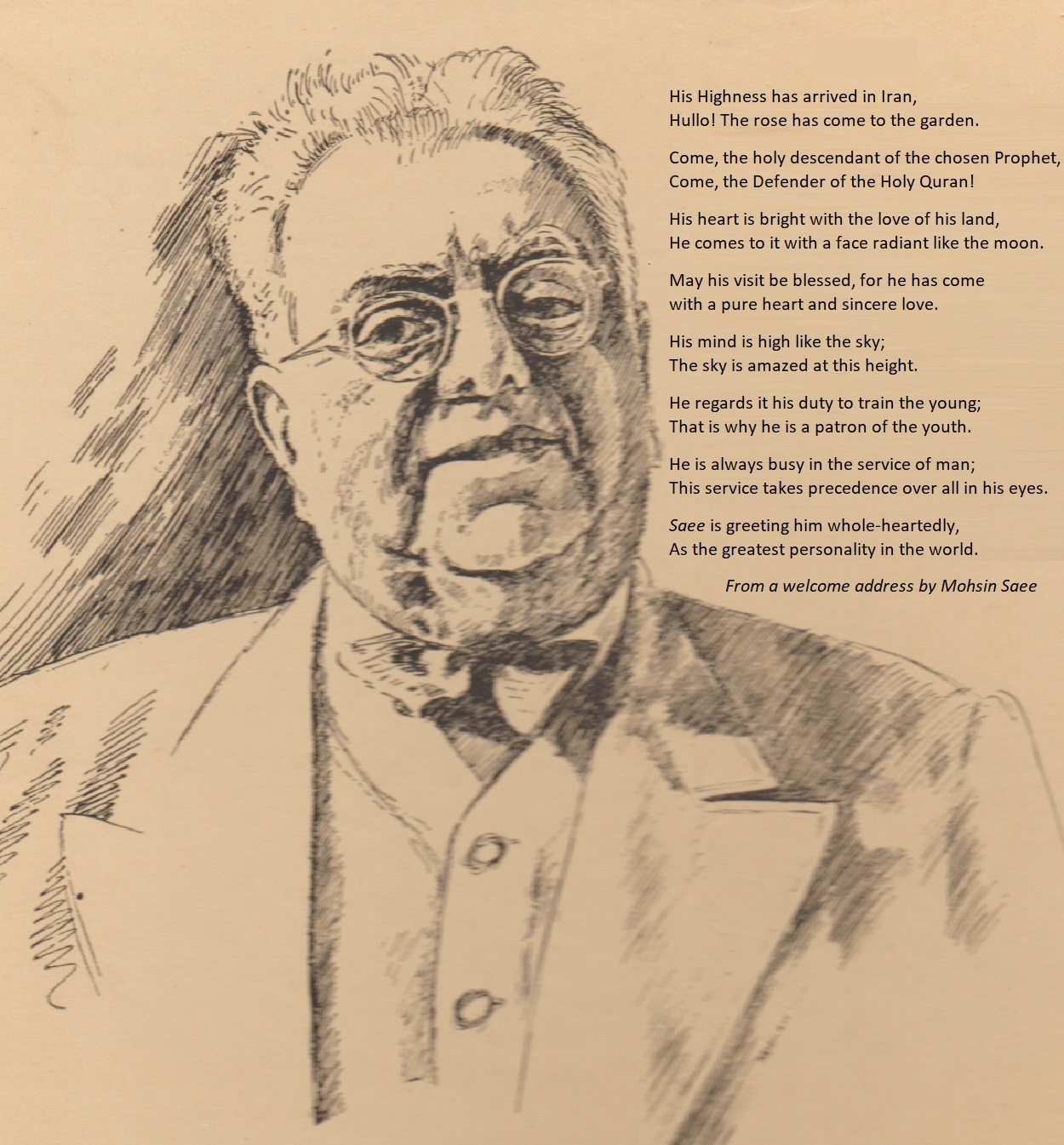