All inventions have historical origins and evolve with time and new technologies. Such is also the case with modern day pens which now come in different colours, sizes, shapes, brands, and collection.

The desire to write as well as paint can be traced back to the very old days of human history. Caves found by archaeologists are considered to be evidence of the efforts our ancestors to record their life. Through engraving upon rocks as well as stony walls to painting on leaves, humanity has attempted to protect its ideas by utilizing numerous tools. The modern pen has come a very long way from such engravings and the subsequent innovations of writing with brushes, bamboo sticks (reeds) and bird feathers (quills) as well as other objects with cylindrical pointed ends. 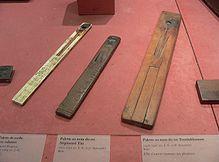 One of the earliest forms of writing was with reeds. They were used in ancient times for many centuries until they were gradually replaced by quills. In Europe, the transformation to quills occurred following the fall of the Roman Empire when reeds became in short supply. The use of quills was sustainable, and survived to the 18th century. Made from bird feathers, the strongest quills were those taken from living birds in the spring from the five outer left wing feathers. The left wing was favoured because the feathers curved outward and away when used by a right-handed writer. Goose feathers were most common; swan feathers were of a premium grade being scarcer and more expensive. For making fine lines, crow feathers were the best, and then came the feathers of the eagle, owl, hawk and turkey. Quills were used during the times of the discovery of new world and, more prominently, to sign the Constitution of the United States of America. 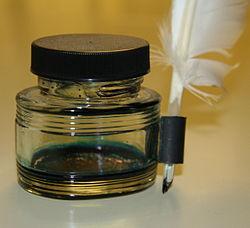 Quill pens lasted for only a week before it was necessary to replace them. There were other disadvantages associated with their use, including a lengthy preparation time. The early European writing parchments made from animal skins, required much scraping and cleaning. A lead and a ruler made margins. To sharpen the quill, the writer needed a special knife (origins of the term “pen-knife”). Beneath the writer’s high-top desk was a coal stove, used to dry the ink as fast as possible.

In all these writing instruments, ink played a crucial part in writing. Ink was invented by the Chinese in 18th century BC. India only started using it around the 4th century BC. It was centuries later, sometime in the 12th century, that ink became common in Rome. Writing became even more easy as people began to dip quills into ink tanks. But a slim quill could hardly be used for extended hours. Dipping quills into ink wells and writing was prone to ink leaks and writers could not apply it freely. In any case, the quill or reed might have been the prototype for what was to later become the fountain pens.

“The most primitive chronological evidence of the fountain pen was found in the 10th century when Fatimid Caliph of Egypt insisted a writing apparatus be devised which would not ruin his clothing. This was the first known record of a fountain pen with an in built ink tank which was then distributed to the tip through a vessel”….http://www.riave.info 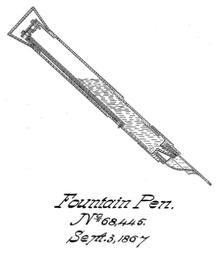 M. Klein and Henry W. Wynne received US patent #68445 in 1867 for an ink chamber and delivery system in the handle of the fountain pen. Photo: wikipedia.org

What constitutes a “fountain pen?” The most important is that it holds its own ink supply rather than requiring dipping. Also, it should write when its metallic “nib” comes in contact with paper, and very importantly it must not leak. It is not exactly known when the term “fountain” was first used to describe pens. But we do know that hundreds of years ago, a fountain commonly meant the slow and steady trickle from a spring rather than the high pressure gushers we associate with the term today. “Fountain” appears to have been applied early to pens that held their own ink supply which flowed to the nib in a controlled manner.

The first mention of fountain pen can be traced to a 10th century Fatimid manuscript, Kitab al-Majalis wa ‘l-musayarat (The Book of Sessions and Excursions), by the famous Ismaili jurist Qadi al-Numan (d. 974), a confidant of the fourth Fatimid Caliph and 14th Shia Ismaili Imam al-Mui’zz. In 1951, an Egyptian scholar named Hassan El Basha Mamoud translated the manuscript where the Imam instructs the commissioning of a pen meeting the fountain pen definition. The passage from Al-Numan’s work says:

“We wish to construct a pen which can be used for writing without having recourse to an ink-holder and whose ink will be contained inside it. A person can fill it with ink and write whatever he likes. The writer can put it in his sleeve or anywhere he wishes and it will not stain nor will any drop of ink leak out of it. The ink will flow only when there is an intention to write. We are unaware of anyone previously ever constructing (a pen such as this) and an indication of ‘penetrating wisdom’ to whoever contemplates it and realizes its exact significance and purpose’.

“I exclaimed: ‘Is this possible?’ He [al-Mui’zz] replied, ‘It is possible if God so wills’.

“In a few days, the craftsman to whom the pen had been described brought a model made of gold. After filling it with ink, he was able to write with it. But as more ink came out than was needed, the craftsman was ordered to alter it. Finally, the pen was brought back repaired. It was turned over in the hand and tilted in all directions and no ink appeared. But as soon as he took it and began to write, he wrote the best hand for as long as he wished and when he took the pen away from the paper the ink vanished. Thus I beheld a wonderful work the like of which I had never thought to see.”

Thus this was believed to be the earliest models of the modern fountain pen but no further details of the construction or mechanism of operation of this pen are known and no examples have survived.

A long-writing pen with an ink reservoir goes back in Western Europe to only the seventeenth century. E. Schwerder had talked of one in 1636 and all through the rest of that century and through the eighteenth century there were brief sporadic mentions when a number of patents for fountain pens emerged. In John Scheffer’s design in 1819, the ink was held in a quill section covered with sheep´s-gut and housed in a metal case. Another significant advance was made in 1832 by John Jacob Parker with the first self-filling fountain pen. Until this time the devices were filled with funnels or eyedroppers. Lewis Waterman in 1884 designed his “Ideal” pen, which was the first fountain pen that was truly reliable and leak-proof. However, Waterman was by no means the beginning of the story. Waterman, and soon after, George Parker and Walter Sheaffer, advanced what we now know to be centuries of invention to launch the golden age of fountain pens, which had been first commissioned centuries ago by Imam Al-Mu’izz.

Writes Tom Walker, in The Phenomenal Story of Pen:

“It was the fastidious Fatimid Caliph of Egypt who, in the year 953, rejected the dip pen and demanded one that would not stain his hands or clothes. He was supplied with a pen that held ink in a reservoir and delivered it to the nib via gravity and capillary action. The unsung inventor of this ingenious contraption is sadly lost to history.”

Material for “The Fountain Pen and its Fatimid Origins” has been adapted and compiled from the following sources:

4 thoughts on “The Fountain Pen and its Fatimid Origins”

Photo Essay: ‘The Queen of the Skies’ – the Beautiful Boeing 747

Flashback 2016, Photograph and Video: Tears of Joy in Kyrgyzstan as His Highness the Aga Khan Blesses Ismailis