By Barnaby Rogerson
Special to Simerg

Hasan bent down to kiss his father’s wounded brow. He then went out from the house to announce the death of their Imam to the people of Kufra. It was still Ramadan and so the streets around the great central mosque, and the aisles within, were packed with Muslims listening to the all-night recitations of the Koran that were such a feature of the holy month of fasting. Hasan had been born with a slight speech defect but he had conquered this disability to become a slow but deliberate speaker, whose measured pace was in effective contrast to his quick-tongued and fiery contemporaries.

That night he described his father as a man whose acts were unrivalled and would for ever remain so. He reminded the congregation of his father’s bravery and how in battle he had often protected the Prophet with his own life. As his legal legatee, Hasan also formally reported to the people that Ali held no government loans, no treasury hoard of bullion that now needed to be returned, just a purse of 700 dirhams that he had been saving up from his salary in order to be able to acquire a servant for his family. At the memory of the man they had now lost, fit to stand beside Abu Bakr and Omar for the absolute moral rectitude of his administration, the 37-year-old Hasan found himself too moved to continue his speech. The congregation wept for him, and at the end of his father’s elegy Ubaydallah ibn Abbas stood up and called the people to pledge their loyalty to the grandson of the bringer of good tidings, the son of the warner, the son of the summoner to God (powerful and exalted) and with his permission: the shining lamp. The congregation needed no such prompting. Hasan was adored by all.

He was also, by all accounts, the spitting image of his grandfather, the Prophet Muhammad, and a charming conversationist, who never spoke evil of any man. He was also a genuine ascetic, who had already performed the pilgrimage twenty-five times, travelling the whole two hundred and fifty miles between Medina and Mecca on foot. He is one of the great unsung heroes of Islam, a pacifist and a scholar with a totally independent mind that looked to the true nature of a cause. His Islam was such that “he neither desired evil and harm to anyone”. When he preached he summoned up, out of the teachings of the Koran, not a cause for war but the call for peace. Typically it was Hasan who had stood guard over Uthman’s door until rendered unconscious by the assaults of the mutineers. Again and again he stressed that the lesser jihad, the armed struggle, should be just a preparation for the greater jihad, which was the lifelong struggle to master oneself. He quoted sura 2, verse 216, “God has proscribed the jihad for his creation and called it a loathsome duty.”

Hasan was ahead of his time, perhaps he would still be if he were with us now. The soldiers of the Kufra garrison, the same men who had refused to fight for his father on the fourth day of Siffin and after that tragic day at al-Nahrawan, now angrily demanded he lead them to war. Those two decades of endless victories when the Arab armies had conquered half the known world had introduced a very dangerous imbalance into early Islam. For far too many young Muslims had grown used to the idea that their faith would be reflected in military victory. They erroneously saw glorious triumphs in this world, fame, glory and wealth as proofs of the rightness of Islam. They could no longer understand that Muhammad’s message was entirely about the individual’s relationship to God, and was not a charmed banner under which they were destined to conquer the world.

In vain did Hasan preach that like all true Muslims they should aspire to abandon worldly ambition, that ‘shame is better than hellfire’ and that he sought not a worldly dominion but to “seek the favour of God, and to spare the blood of the people”. Instead the soldiers began to publicly abuse their prince until they had worked up their passions into a riot. Hasan’s house was looted, his prayer mat was ripped from underneath him and his tunic pulled off from his shoulders. Only the protection of the mounted warriors of the Rabia tribe, devoted partisans of Ali and his family, stopped Hasan from being martyred that day. The violence only made Hasan absolutely determined to end the schism within Islam and halt any further bloodshed between Muslims.

Muawiya for his part moved with speed and tact, once he began to fully appreciate that Hasan was not indulging in some pre-fight propaganda but was genuinely seeking a lasting peace. He led his army out of Syria, but showed a gracious forbearance to his opponents as he advanced ever closer to Kufa and Basra. He responded to Hasan’s pious modesty by dropping all his own claims to imposing titles of power, so that the correspondence between the two over the peace was simply addressed between Hasan ibn Ali and Muawiya ibn Abu Sufyan. Another chronicler recorded that Muawiya sent his seal already attached to a completely blank draft of the proposed treaty – so that Hasan could fill in whatever terms he desired. These charming gestures may well have been true, a public duel in chivalry, even if no-one was in any doubt at the true issues at hand. Hasan agreed to relinquish all authority to Muawiya in exchange for an agreement not to harm any of the supporters of Ali, to govern by the book of God and the example of the Prophet. This he would do by letter and by word, explaining to the congregation in the Kufa mosque that he had ceded his right to rule ‘for the best interest of the community and for the sake of sparing blood.” Muawiya acknowledged that ‘the reign would belong to Hasan after him’ (though this would soon be quietly forgotten) and that to avoid all future strife the next Caliph was to be decided by a formal electoral council. Hasan was assured of an annual salary of a million dirhams with which he could generously support his companions, all the Beni Hashim and the old clients of his father.

In July 661 Hasan and his younger brother Imam Husayn rode out of Kufra and took the road back to Medina. Hasan had ruled for just six months ‘with the skills of the Arabs in my hand, for they were ready to make war on whom ever I declared war, yet I abandoned it, seeking instead the face of God”. His enemies would later attempt to blacken his saintly pacific nature by dubbing Hasan as al-Mitlaq, the great divorcer. Tales of his extravagant wedding parties, his boundless generosity and the hundred wives that he took in Medina read like episodes from a thousand and one nights. Though the details of these fantasies are a still relished element of popular culture they must also be recognized as the authentic traces of black propaganda designed to discredit this man of peace. Hasan’s seven marriages and descendants are exceptionally well chronicled, for practically all of the thousands of families of Shereefs that claim descent from the Prophet Muhammad trace their descent through one of Hasan’s two surviving sons, Zayd and Hasan.

Contributed by Barnaby Rogerson to Simerg. The piece is from the author’s The Heirs of the Prophet Muhammad,  in which Rogerson transports the reader back to the 7th-century in a gripping tale surrounding the division of Islam into Shia and Sunni factions. 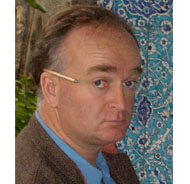 About the writer: Mr. Barnaby Rogerson was born in Dunfermline, Scotland. Travel was a vital aspect of a childhood, which followed in the wake of his father’s career in the Royal Navy. A degree in History at St Andrews University led to writing guidebooks to first Morocco, then Tunisia, Cyprus and Istanbul followed by a string of narrative histories. A History of North Africa was followed by The Prophet Muhammad, a biography, and then The Heirs of the Prophet. His latest work is The Last Crusaders, a story of the conflict between the Ottoman Empire and the Last Crusader Kings of Christendom. Over the last fifteen years Barnaby has contributed travel articles, book reviews and historical essays on various North African and Islamic themes to several magazines and newspapers including Conde Nast Traveller, Geographical, The Guardian, Independent, Vanity Fair, Harpers & Queen and the Times Literary Supplement (TLS). He has set up www.barnabyrogerson.com as a store house of travel stories and historical anecdotes brought back from numerous Middle Eastern and African countries. Mr. Rogerson also works at Eland Books, www.travelbooks.co.uk, which is home to over a hundred different classic travel books.

Please also read the following contributions by the author for this website –  A Christian Envoy at the Ghadir Khumm Campsite, and “Birds Began It All”

5 thoughts on “Hazrat Hasan: Ahead of His Time and Perhaps Would Be If He Were With Us Today”