Questions to a Pilgrim by Pir Nasir Khushraw

With gratitude to the Beneficent God for His favours, the pilgrims arrived in all their glory. They had performed the Greater and Lesser Pilgrimage and had safely returned home. In that party was a friend of mine – sincere, intimate and kind. 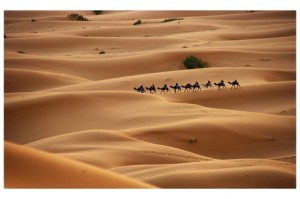 “Tell me”, said I, “How you escaped the hazards of that painful and dangerous journey.  During your absence, incessant worry has been my constant companion. Happy I am that you have made the Pilgrimage: (I think) there is none like you in the world. Now let me know how exactly you paid your respects to that great sanctuary.

When you donned the pilgrim’s garb (ihram) what firm resolve did you make? Did you render unlawful (haram) unto yourself all pleasures save spiritual and divine?”

“Then” said I: “When you said. ‘Here I am’ with reverence and full knowledge of its significance, did you hear the Voice of God and give such answer as Moses did?” 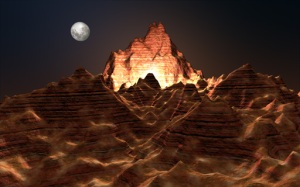 “Then” said I: “When you stood on the top of Mt. ‘Arafat and were admitted to His audience, did the breeze of Ma’rafat (Gnosis) play upon you making you an ‘Arif (Knower of God) and an alien to yourself?”

“Then” said I: “And when you threw pebbles at the Devil did you also throw stones at the devil within you? Did you renounce your evil ways? Discard all you vicious acts and habits?”

“Then” said I: “And when you slaughtered sheep for the sake of the orphan and the captive, did you notice the proximity of God and slaughter your own lower appetitive ‘self’ first of all?”

“Then” said I: “And when the significance of Abraham’s sacrifice dawned upon you, did you truly, sincerely, totally surrender your very ‘Self’ to God?”

“Then” said I: “And when you circumambulated the shrine, making the rounds like an ostrich at his journey’s end, did you recall the circumambulation of angels around the throne of God?”

“Then” said I: “And when you ran from the Hill of Safa to the Hill of Marwa (as required by the rites of the Pilgrimage), did you feel the progress of ‘Self’ from purity (safa) to manliness (muruvvah) making you indifferent to Heaven and Hell?”

“Then” said I: “And when you had to leave the shrine did your heart split in two with the agony of parting. And did you bury it in the Holy Place and do you feel now like a decaying bone?”

“No,” said he, “for what you have just explained to me I never knew before, right or wrong.”

“Then, my friend,” said I: “You have not performed the Pilgrimage. You never reached the Stage of Self-annihilation: You went, saw Mecca and returned – having purchased with silver the afflictions of desert-travel.”

“And if you perform the Pilgrimage again, then act as I have indoctrinated you for religious acts are null and void unless accompanied by corresponding movements of the heart.” 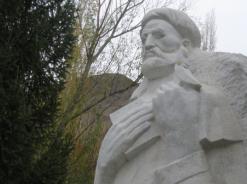 Literary Reading adapted from ‘”Selections from Nasir-i-Khusraw”, translated by Hadi Hassan and  printed in Ilm, December 1978, Volume 4, Number 2,  published by His Highness the Aga Khan Shia Imami Ismailia Association for the United Kingdom (now known as The Shia Imami Ismaili Tariqah and Religious Education Board).

Note: The images shown above are not part of the Ilm article