…As a Muslim leader speaking in Washington this evening, it seems appropriate that I cite the words of President Obama, in his recent speech in Ankara.  As he put it, pledging a “broader engagement with the Muslim world, we will listen carefully, we will bridge misunderstandings, and we will seek common ground.” I know that the vast majority of the Islamic world shares these objectives…. His Highness the Aga Khan, speaking at the Global Philantrophy Forum, Washington, April 23, 2009.

President Barack Obama removes his shoes as he prepares to visit the Blue Mosque April 7, 2009, in Istanbul. White House Photo, by Pete Souza.

On April 6th,  President Obama visited Turkey, a country that lies at the nexus of several cultures, and accordingly the President had several core messages. He emphasized his support for Turkey’s bid for membership in the European Union. In response to questions about whether there was a message being sent through the visit, he stated emphatically that there was indeed, namely that Turkey is a critical ally, vital in issues ranging from energy to the Israeli-Palestinian conflict. And addressing another element of Turkey’s culture, he spoke to the majority-Muslim population in a speech to the the Turkish Grand National Assembly.

The following are excerpts from the President’s speech. A link to the full speech is provided at the bottom of this page.

Mr. Speaker, Madam Deputy Speaker, distinguished members, I am honored to speak in this chamber, and I am committed to renewing the alliance between our nations and the friendship between our people.

This is my first trip overseas as President of the United States. I’ve been to the G20 summit in London, and the NATO summit in Strasbourg, and the European Union summit in Prague. Some people have asked me if I chose to continue my travels to Ankara and Istanbul to send a message to the world. And my answer is simple: Evet — yes. (Applause.) Turkey is a critical ally. Turkey is an important part of Europe. And Turkey and the United States must stand together — and work together — to overcome the challenges of our time. 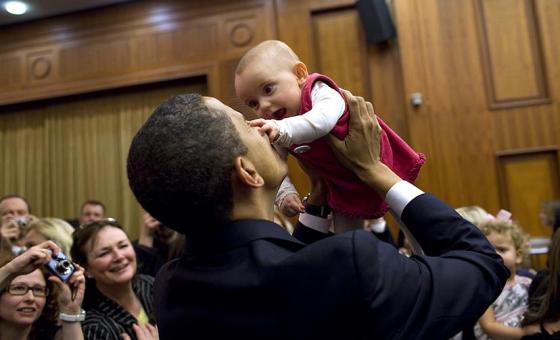 This morning I had the great privilege of visiting the tomb of your extraordinary founder of your republic. And I was deeply impressed by this beautiful memorial to a man who did so much to shape the course of history. But it is also clear that the greatest monument to Ataturk’s life is not something that can be cast in stone and marble. His greatest legacy is Turkey’s strong, vibrant, secular democracy, and that is the work that this assembly carries on today. (Applause.)

…Turkey’s democracy is your own achievement. It was not forced upon you by any outside power, nor did it come without struggle and sacrifice. Turkey draws strength from both the successes of the past, and from the efforts of each generation of Turks that makes new progress for your people.

Now, my country’s democracy has its own story. The general who led America in revolution and governed as our first President was, as many of you know, George Washington. And like you, we built a grand monument to honor our founding father — a towering obelisk that stands in the heart of the capital city that bears Washington’s name. I can see the Washington Monument from the window of the White House every day.

It took decades to build. There were frequent delays. Over time, more and more people contributed to help make this monument the inspiring structure that still stands tall today. Among those who came to our aid were friends from all across the world who offered their own tributes to Washington and the country he helped to found.

The President greets people at the Port of Spain airport before departing for Washington, D.C. on April 19, 2009. White House Photo, Pete Souza

And one of those tributes came from Istanbul. Ottoman Sultan Abdulmecid sent a marble plaque that helped to build the Washington Monument. Inscribed in the plaque was a poem that began with a few simple words: “So as to strengthen the friendship between the two countries.” Over 150 years have passed since those words were carved into marble. Our nations have changed in many ways. But our friendship is strong, and our alliance endures.

….The ties among our people have deepened, as well, and more and more Americans of Turkish origin live and work and succeed within our borders. And as a basketball fan, I’ve even noticed that Hedo Turkoglu and Mehmet Okur have got some pretty good basketball games. (Applause.)

…Now, our two democracies are confronted by an unprecedented set of challenges: An economic crisis that recognizes no borders; extremism that leads to the killing of innocent men and women and children; strains on our energy supply and a changing climate; the proliferation of the world’s deadliest weapons; and the persistence of tragic conflict.

These are the great tests of our young century. And the choices that we make in the coming years will determine whether the future will be shaped by fear or by freedom; by poverty or by prosperity; by strife or by a just, secure and lasting peace.

This much is certain: No one nation can confront these challenges alone, and all nations have a stake in overcoming them. That is why we must listen to one another, and seek common ground. That is why we must build on our mutual interests, and rise above our differences. We are stronger when we act together….. That will be the approach of the United States of America going forward.

…in meeting the challenges of the 21st century, we must seek the strength of a Europe that is truly united, peaceful and free.

So let me be clear: The United States strongly supports Turkey’s bid to become a member of the European Union. (Applause.) We speak not as members of the EU, but as close friends of both Turkey and Europe. Turkey has been a resolute ally and a responsible partner in transatlantic and European institutions. Turkey is bound to Europe by more than the bridges over the Bosphorous. Centuries of shared history, culture, and commerce bring you together. Europe gains by the diversity of ethnicity, tradition and faith — it is not diminished by it. And Turkish membership would broaden and strengthen Europe’s foundation once more.

….In the last several years, you’ve abolished state security courts, you’ve expanded the right to counsel. You’ve reformed the penal code and strengthened laws that govern the freedom of the press and assembly. You’ve lifted bans on teaching and broadcasting Kurdish, and the world noted with respect the important signal sent through a new state Kurdish television station.

…Another issue that confronts all democracies as they move to the future is how we deal with the past. The United States is still working through some of our own darker periods in our history. Facing the Washington Monument that I spoke of is a memorial of Abraham Lincoln, the man who freed those who were enslaved even after Washington led our Revolution. Our country still struggles with the legacies of slavery and segregation, the past treatment of Native Americans.

…I know there have been difficulties these last few years. I know that the trust that binds the United States and Turkey has been strained, and I know that strain is shared in many places where the Muslim faith is practiced. So let me say this as clearly as I can: The United States is not, and will never be, at war with Islam. (Applause.) In fact, our partnership with the Muslim world is critical not just in rolling back the violent ideologies that people of all faiths reject, but also to strengthen opportunity for all its people.

I also want to be clear that America’s relationship with the Muslim community, the Muslim world, cannot, and will not, just be based upon opposition to terrorism. We seek broader engagement based on mutual interest and mutual respect. We will listen carefully, we will bridge misunderstandings, and we will seek common ground. We will be respectful, even when we do not agree. We will convey our deep appreciation for the Islamic faith, which has done so much over the centuries to shape the world — including in my own country. The United States has been enriched by Muslim Americans. Many other Americans have Muslims in their families or have lived in a Muslim-majority country — I know, because I am one of them. (Applause.)

Above all, above all we will demonstrate through actions our commitment to a better future. I want to help more children get the education that they need to succeed. We want to promote health care in places where people are vulnerable. We want to expand the trade and investment that can bring prosperity for all people. In the months ahead, I will present specific programs to advance these goals. Our focus will be on what we can do, in partnership with people across the Muslim world, to advance our common hopes and our common dreams. And when people look back on this time, let it be said of America that we extended the hand of friendship to all people.

There’s an old Turkish proverb: “You cannot put out fire with flames.” America knows this. Turkey knows this. There’s some who must be met by force, they will not compromise. But force alone cannot solve our problems, and it is no alternative to extremism. The future must belong to those who create, not those who destroy. That is the future we must work for, and we must work for it together.

… Turkey’s greatness lies in your ability to be at the center of things. This is not where East and West divide — this is where they come together. (Applause.) In the beauty of your culture. In the richness of your history. In the strength of your democracy. In your hopes for tomorrow.

I am honored to stand here with you — to look forward to the future that we must reach for together — and to reaffirm America’s commitment to our strong and enduring friendship. Thank you very much. (Applause.)

For the  full text of the speech, please see White House transcript