SPEECHES, STATEMENTS AND WRITINGS OF THE 48TH AND 49TH ISMAILI IMAMS

I. HAZRAT ALI AND THE RASHIDUN CALIPHS

It is more than ever necessary that the foundation of Imami-Ismailism should be understood by the new generation of Ismailis throughout the world. If those who believe that Hazrat Ali was the rightful successor of the Prophet to be the ‘Ulu’l-amr Menkom must accept the principle of that succession for the same reasons they accept in the case of Hazrat Ali his rightful Imam descendants.

The Imami Ismailis maintain that the position of the ‘Ulu’l-amr Menkom never dies out and this succession goes on till the Day of Judgement on Earth. For this reason Ismailis celebrate the exceptionally long Imamat as they would celebrate every ascension to the spiritual throne of the Imamat in each century. In the present Imamat, the final reconciliation between the Shia and Sunni doctrines has been publicly proclaimed by myself on exactly the same lines as Hazrat Ali did at the death of the Prophet and during the first thirty years after that. The political and worldly Khalifat was accepted by Hazrat Ali in favour of the three first Khalifs voluntarily and with goodwill for the protection of the interests of the Muslims throughout the world.

We Ismailis now in the same spirit [as Hazrat Ali had done] accept the Khalifat of the first Khalifs and such other Khalifs as during the last thirteen centuries helped the cause of Islam, politically, socially and from a worldly point of view.

On the other hand, the Spiritual Imamat remained with Hazrat Ali, and remains with his direct descendants always alive till the Day of Judgement. That a spiritual succession to the Imamat makes the Imam the ‘Ulu’l-amr Menkom always according to the Qur’an and though he has his moral claim to the Khalifat as well, always he can, like Hazrat Ali himself owing to the conditions of the world, accept and support such worldly authorities as the Imam believes help the cause of Islam. Thus a final reconciliation without upsetting either Sunni or Shia doctrine has been proclaimed always by me as the faith of all the Ismailis.

II. ALL MUSLIMS ARE BROTHERS

Though Ismailis have been always staunch and firm believers in the truth of their own faith in the Imamat Holy Succession, they have never, like some other sects, gone to the other extreme of condemning brother Muslims who have other interpretations of the Divine Message of our Holy Prophet (s.a.s.).

Ismailis have always believed and have been taught in each generation by their Imams that they hold the rightful interpretation of the succession to the Holy Prophet, but that is no reason why other Muslims, who believe differently, should not be accepted as brothers in Islam and dear in person and prayed for and never publicly or privately condemned, leave alone abused.

I hope that in these days when the Muslims have to hold together in view of all the dangers, external and internal, from all quarters, I hope and believe and pray that Ismailis may show their true Islamic charity in thought and prayer for the benefit and happiness of all Muslims, men, women and children of all sects.

…Work if carried out intensively, is service to God and Fatherland. Make your daily labour, labour of love howsoever difficult and hard it may be…If every Ismaili living in Pakistan remembers and interprets his citizenship, howsoever humble his contributions may be, with the spirit of courage and devotion, then indeed I am happy to think that after many years of surgical operations and illness, I am still alive to give you this fatherly advice

From the religious point of view, though you [Ismailis] must firmly stick to the tenets of your Faith, yet you should not forget what I have always considered the most beautiful of all Muslim prayers namely, that Allah Almighty in His infinite mercy may forgive the sins of all Muslims.

IV. LOVE FOR ALL MUSLIMS

..As I have explained in my Memoirs for the whole world to understand there are two worlds — the world of material intelligence and the world of spiritual enlightenment. The world of spiritual enlightenment is fundamentally different from the world of material intellectualism and it is the pride of the Ismailis that we firmly believe that the world of spiritual enlightenment has come as a truth from the inception of Islam to this day with the Imamat and carries with it as one of its necessary consequences love, tenderness, kindliness and gentleness towards firsts our brother and sister Muslims of all sects and, secondly, to those who live in righteousness conscience and justice towards their fellow-men. These religious principles of Ismailism are well-known to you for you have heard them from me and through your fathers and grandfathers and from my father and grandfather until I fear that by long familiarity with these teachings some of you forget the necessity of re-examination of your heart and religious experience.

If the people of a nation are united and self-sacrificing, any amount of difficulties and overwhelming misfortunes can be overcome. We have seen how Turkey has come out stronger than ever after a hundred years of misfortunes and disasters. There are two other cases which should be an example and should not discourage anyone in the face of difficulties. Germany and Japan after the greatest defeats known to history have by hard work and devotion raised themselves to be honoured, respected and powerful members of the comity of nations.

…..All men, rich and poor, must aid one another materially and personally. This fraternity is absolute, and it comprises men of all colours and all races: black, white, yellow, tawny; all are the sons of Adam in the flesh and all carry in them spark of the Divine Light. 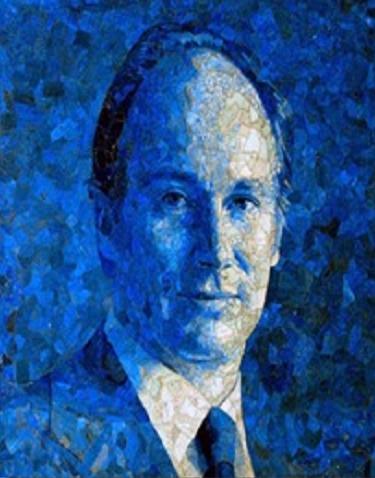 VII. A COMMON FUNDAMENTAL BELIEF AND A COMMON HERITAGE OF HUMAN DIGNITY

In my presidential address [Seerat Conference, Pakistan 1976], I appealed to our ulama not to delay the search for the answers to the issues of a rapidly evolving modernity which Muslims of the world face because we have the knowledge that Islam is Allah’s final message to mankind, the Holy Quran His final Book, and Muhammad, may peace be upon him, His last and final Prophet.

These are the fundamental principles of faith enshrined in the Shahada and the Tawhid therein, which bind the Ummah in an eternal bond of unity. With other Muslims, they are continuously reaffirmed by the Shia Ismaili Muslims of whom I am the 49th hereditary Imam in direct lineal descent from the first Shia Imam, Hazrat Ali ibn Abi Talib through his marriage to Bibi Fatimat-az-Zahra, our beloved Prophet’s daughter.

Let this Conference [The International Islamic Conference, July, 2005 Amman, Jordan], be part of a continuous process of dialogue in the true spirit of Muslim brotherhood so that the entire wealth of our pluralist heritage bears fruit for the Muslim world, and indeed the whole of humanity; for ours is the heritage which premiates human dignity, transcending bounds of creed, ethnicity, language, gender or nationality.

Our historic adherence is to the Jafari Madhhab and other Madhahib of close affinity, and it continues, under the leadership of the hereditary Ismaili Imam of the time. This adherence is in harmony also with our acceptance of Sufi principles of personal search and balance between the zahir and the spirit or the intellect which the zahir signifies.

I agree with our distinguished hosts and conference participants that there is a need today to define which Madhahib will apply to the Ummah. This clarity is critical for modem life in Islam as is evident in areas such as law, access to Islamic banking, or in dealing with the challenges of the rapid generation of new knowledge such as in bio-medical and other scientific fields.

…..In keeping with our historic tradition of ever abiding commitment to Muslim unity, we reaffirm our respect for the historical interpretation of Islam by our brother Muslims as an equally earnest endeavour to practise the faith in Allah and emulate the example of our Holy Prophet, may peace be upon him, which illuminates Muslim lives and which, Inshallah, will elevate all Muslim souls.

…I have been involved in the field of development for nearly four decades. This engagement has been grounded in my responsibilities as Imam of the Shia Ismaili Community, and Islam’s message of the fundamental unity of “din and dunia”, of spirit and of life. Throughout its long history, the Ismaili Imamat has emphasised the importance of activities that reflect the social conscience of Islam, that contribute to the well-being of Allah’s greatest creation – mankind, and the responsibility which Islam places on the fortunate and the strong to assist those less fortunate.

IX. ENRICHING THE QUALITY OF LIFE THROUGH A COMMON ETHIC

The Imamat is a Muslim institution with a history going back over 1400 years. As Imam of the Ismaili Muslims, I am to be concerned with the quality of life of the Community and those amongst whom it lives. Over many centuries and decades, that responsibility of the Imamat has entailed the creation of institutions to address issues of the quality of life of the time….

To the Imamat the meaning of “quality of life” extends to the entire ethical and social context in which people live, and not only to their material well-being measured over generation after generation. Consequently, the Imamat’s is a holistic vision of development, as is prescribed by the faith of Islam. It is about investing in people, in their pluralism, in their intellectual pursuit, and search for new and useful knowledge, just as much as in material resources. But it is also about investing with a social conscience inspired by the ethics of Islam. It is work that benefits all, regardless of gender, ethnicity, religion, nationality or background. Does the Holy Quran not say in one of the most inspiring references to mankind, that Allah has created all mankind from one soul?

VI – The Memoirs of Aga Khan

VII. His Highness the Aga Khan’s Message to the Islamic Conference, IIS Website

VIII. Speech by His Highness the Aga Khan at the Meeting of The European Bank – AKDN

IX. Speech by His Highness the Aga Khan at Athi River (Kenya) – AKDN