In his August 2007 speech at the Foundation Stone Laying Ceremony of the Aga Khan Academy (Kampala, Uganda), His Highness the Aga Khan said today that what is required is an educational approach “that nurtures the spirit of anticipation and agility, adaptability and adventure.” As entrepreneurs, three East African Ismailis of the 1850s, Sir Tharia Topan, Sewa Haji Paroo, and Alidina Visram, were living embodiments of these characteristics, and I Wish I’d Been There to appreciate their spirit of adventure and courage.

As members of famine stricken Indian families, 12 year old Topan arrived in Zanzibar in 1835, Paroo was born in Zanzibar in 1851 a year after his father arrived, and Visram, also 12, landed in 1863. Each rose from worker-to-retailer-to-wholesaler-to-caravan trader, and established giant East African empires importing cloth, beads, copper wire, and brass pots to exchange for ivory, rhino horns, hippo teeth, hides, and rubber.

Trusted by imams, advisors to sultans, knighted by queens, confidants of governors, friends of explorers David Livingstone and Henry Stanley, all were generous–donating schools and hospitals open to every race, and helping Ismaili and other migrants become established. They were known as the “Three Kings without Crowns.”

Born the son of a small vegetable seller in Kutchh, Tharia Topan left for Zanzibar in 1835 at the age of 12, penniless and illiterate. An accountant working with the prominent Indian firm of Jairam Shivji knew Topan’s father, and secured Topan the job of garden sweeper at six rupees a month. By the time he was 22, his honesty had earned him charge of the credit department and had made him wealthy.

Topan returned to India and married, but his wife died two years later in Zanzibar. He remarried and assisted a large number of Ismailis – many at his own expense and employed in his business – migrate to Zanzibar. Besides financing trade caravans, Topan equipped European explorers with porters, supplies, and imported goods for their expeditions inland from Zanzibar and Bagamoyo. He was described by Stanley as “one of the richest merchants in town.”

Topan had the “distinction of entertaining Livingstone as a personal guest at his Zanzibar home, today named Livingstone House. About his expedition to Ujiji, Livingston writes: ‘I felt as if I was dying on my feet, at almost every step I was in pain, my appetite failed, and a little bit of meat caused violent diarrhoea, whilst the mind, sorely depressed, reacted with the body.’ He reached Ujiji on October 23, 1871, a living skeleton, when Sir Tharia Topan met him and brought him to his residence”. Stanley, who had set out to find Livingstone, did so a few weeks later on November 10, 1871 in Ujiji, greeting him with the now famous, “Dr. Livingstone, I presume?”

On his return, Stanley, too, met with difficulties, and again it was Topan who helped, sending his faithful Zanzibari Arab partner Tipu Tip, retired ruler of lands west of Lake Tanganyika. Stanley, who also stayed at Topan’s home, wrote in his book How I found Livingston:

“One of the most honest men among all individuals, white or black, red or yellow, is a Mahometan Hindi called Tarya Topan. Among the Europeans at Zanzibar he had become a proverb for honesty and strict business integrity. He is enormously wealthy, owns several ships and dhows, and is a prominent man in the councils of Seyyid Burgash.” 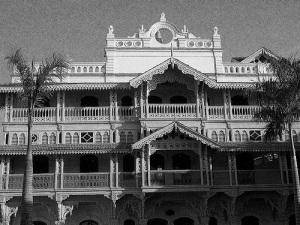 "The Old Dispensary" gained its name because it long housed a dispensary on the ground floor, with a pharmacy and resident doctor. Its construction was originally commissioned by Sir Tharia Topan, who in his prime had dominated commerce in Zanzibar. The foundation stone of the 'Tharia Topan Jubilee Hospital' was laid on 8th July 1885. Photo: Zanzibar.net

In 1870, Sultan Syed Bargash appointed Topan Honorary Prime Minister, and from 1875 to 1880, Chief of Customs: a key position not held by any other Ismaili between 1835 and 1886. “Since customs were the principal source of revenue, Topan became the Sultan’s confidant and right-hand, in daily contact with European officials who sought him on business and consular matters. It was by Topan’s efforts that Sultan Bargash was able to conclude an accord with the British in 1873 to end Zanzibar’s slave trade. His services were recognised by Queen Victoria, who conferred knighthood on him in 1875 in Africa and again in 1890 in India. He was the first Indian to earn such a distinction.”

Known as the uncrowned King of Bagamoyo, Tharia Topan died in 1891 in Bombay at the age of 68. Tharia Street in Zanzibar is named after him.

Sewa Haji Paroo was born in Zanzibar in 1851, a year after his father left Bhuj, Kutchh. One of four children, Paroo worked for his father in Zanzibar and Bagamoyo, assuming charge of the family business after two of his brothers died in 1869. During the 1860s, the firm began supplying caravans, and by “1891 had opened stores as far as Tabora, Ujiji, Mwanza and elsewhere in the Lake region.” Paroo held a “near-monopoly over the caravan trade in the interior of German East Africa,” and his caravans were the most important in the country. “Just one branch at Bukumbi was, in 1891, stocked with goods worth about £18,150 ($84,255.32), an enormous sum, including 30,000 lbs. of Manchester satin, 30,000 lbs. of Bombay grey Merikani, 10,000 lbs. of gunpowder, 2,000 lbs. of white beads, and 150,000 gun caps.”

Though wealthy, Paroo was religious, and “known for exceptional generosity towards the sick and poor – whether Indian, Arab or Swahili.” During outbreaks of cholera and famine in Bagamoyo, he donated many wells and large tracts of land (reportedly over 50,000 acres) to the local Catholic Mission. In 1892, he donated a three-storey building for a multi-racial school, and later established a hospital, a hospice for caravan porters, and a home for lepers. In Dar es Salaam, he funded its biggest hospital, the Sewa Haji Hospital, now annexed to Princess Margaret Hospital. “In Mombasa, he donated a large and valuable property to the Ismaili community for a cemetery that is still in use today.” In 1895, he was conferred the title of Alijah by Mawlana Sultan Muhammad Shah for his generosity and influence.

Sewa Haji Paroo died in February 1897 at the age of 46. In his tribute to Paroo, the Governor of Tanganyika said: “[H]is kind generosity must have relieved the suffering of tens of thousands of people” and that he “played an important, but largely forgotten part in the history and development of East Africa.”

Alidina Visram landed in Zanzibar from Kutchh in 1863 at the age of 12. “It is believed that in the same year he went to Bagamoyo to work as an assistant for Sewa Haji Paroo.”  He later began to organize his own caravans between Bagamoyo and Ujiji. Upon Paroo’s death in 1897, Visram took over his caravan trade, and expanded caravan routes north from Mwanza into Uganda and Kisumu, Kenya.

Though Visram was one of the wealthiest Ismaili traders, eventually known as the uncrowned King of Uganda, with over 3,000 workers, he was also a philanthropist. In 1905, he donated a large sum for the first Jamatkhana in Kisumu. It was then Mawlana Sultan Muhammad Shah asked him to help the indigent Ismailis of Kathiawar settle in Kenya and Uganda, which he did with the assistance of Mukhi Valji Hirji and Mukhi Varas Hashim Jamal, helping immigrants find accommodation and employment, and obtain trade goods on credit.

“In 1914, seated next to the Imam during didar in Nairobi, Visram saw tears in the Imam’s eyes and was so moved, he also wept. When he mustered the courage to enquire, the Imam replied: ‘My followers in the world are so visible in my sight as the lines in your palm. I am now looking at my followers of Kutchh, who are the impoverished peasants. I am ruffled to see their deplorable conditions.’ Varas asked, ‘May I do something for them?’ The Imam said, ‘You can do everything for them. You arrange to bring them and allot 10 acres land to each of them. I will send them to Africa on my expenses.’  It is said that the 90% of the Ismailis who attained their prosperity in Kenya and Uganda owe their settlement to Visram. For his services, Visram was bestowed the title of Varas, the first person to hold it in Kenya and Uganda.”

Cyril Ehrlich writes that Visram was “perhaps the most important individual in the early history in East Africa [and] was responsible for laying the firm foundation not only of trade in Uganda but of such industries as cotton, sugar, rubber, tea and various other agricultural products as well as of shipping across Lake Victoria.”

Sir Frederick Jackson, the Governor of Uganda, described him as “a charming old gentleman, respected by everyone in the country, high and low, white or black.” Mangat writes, “[P]erhaps the most important factor for the success of Alidina Visram’s pioneering ventures, were the peaceful nature of his penetration of the country unaided by arms.” Alidina Visram died in Mombasa on June 30, 1916.

For me, these three East African Ismaili entrepreneurs embodied a spirit of adventure and courage sorely missed today.

About the writer: An honours graduate of Simon Fraser University in Computer Science and Mathematics, Mohib Ebrahim has been involved in software development and the IT industry since the ’80s. His current IT project, MasterFile (see www.masterfile.biz), is a state-of-the-art evidence system for academic researchers, investigators and litigators.

A keen amateur astronomer for over 30 years, Mohib also enjoys kite flying and studying the relationship between faith and reason. At present he is assembling a comprehensive database of the His Highness the Aga Khan’s speeches and interviews. He can be reached at: mohib [at] sent.com.

2. We welcome feedback/letters from our readers. Please use the LEAVE A REPLY box which appears at the bottom of this page, or email it to  simerg@aol.com. Your feedback may be edited for length and brevity, and is subject to moderation. We are unable to acknowledge unpublished letters.

4. Articles by Mohib Ebrahim on this Web Site:

Timeline of His Highness the Aga Khan’s Awards and Honours

14 thoughts on “The Three Kings Without Crowns” 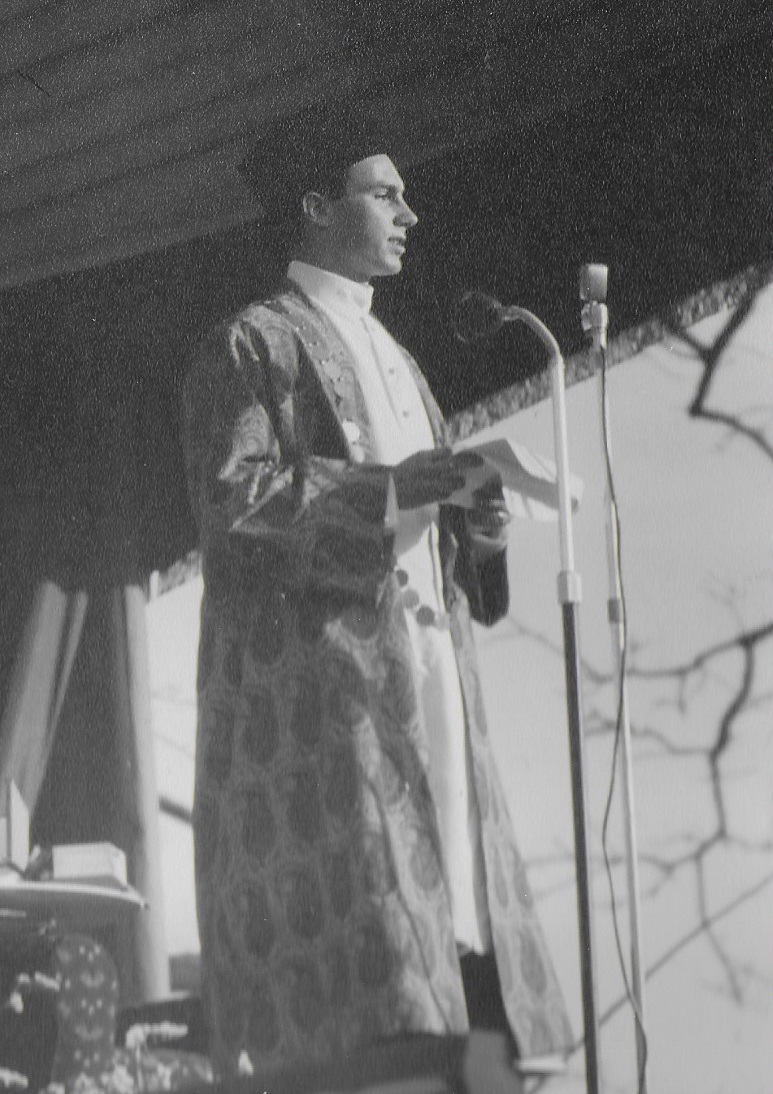 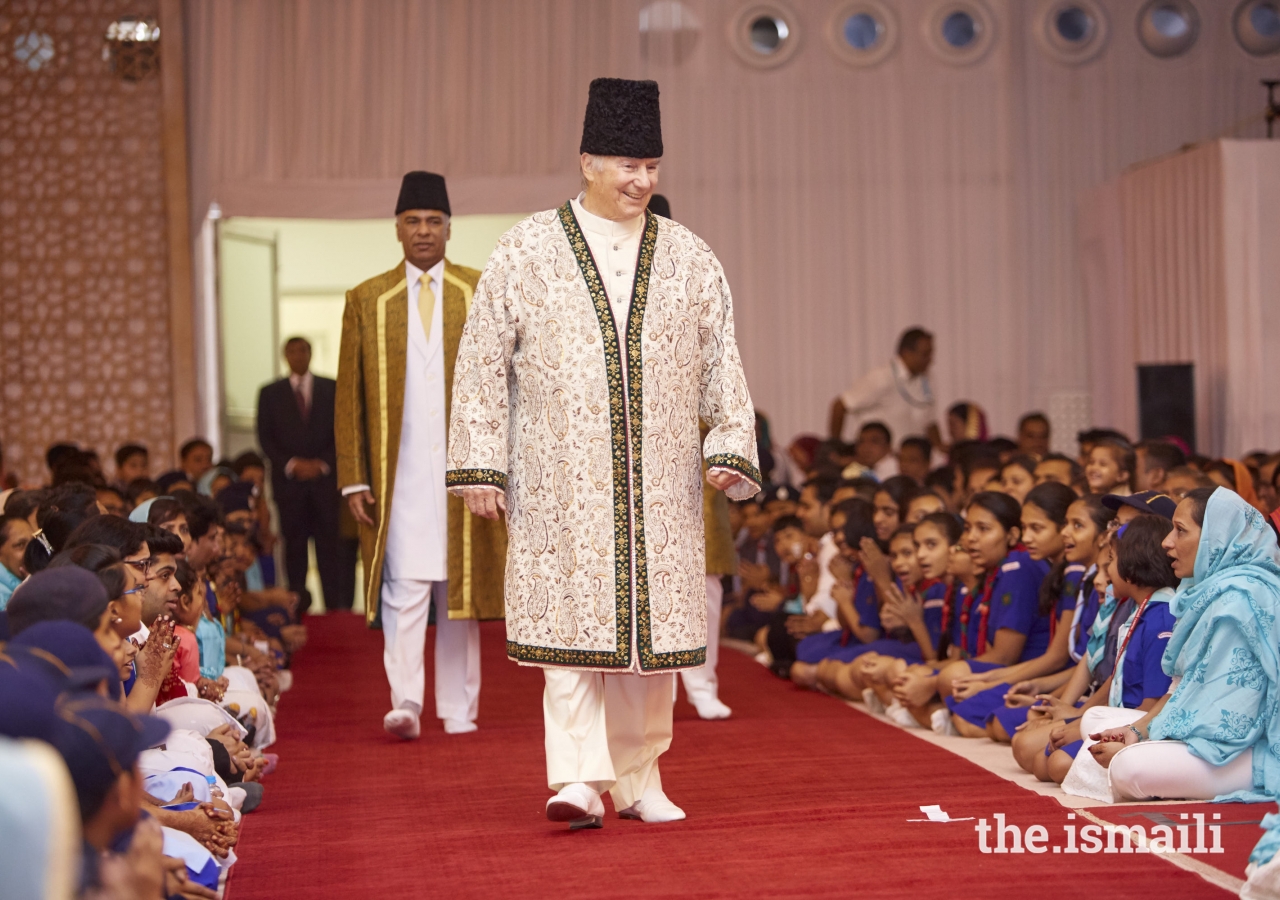 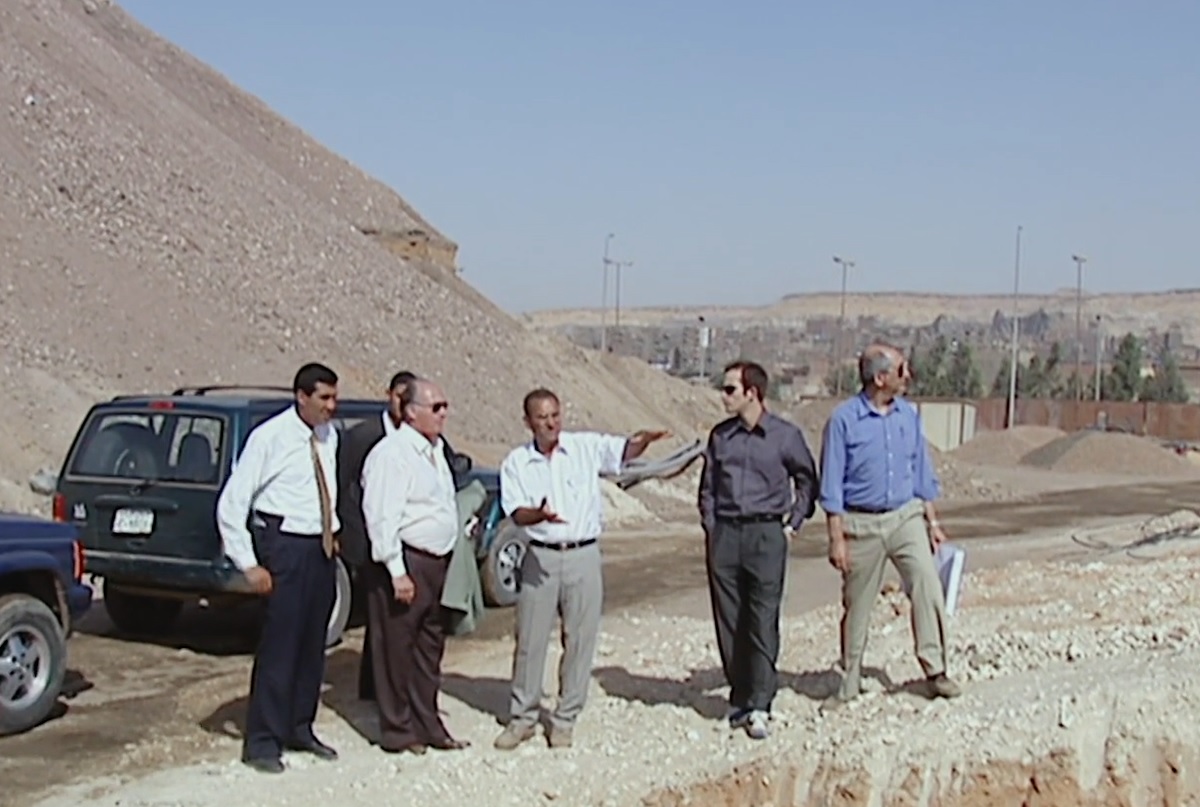 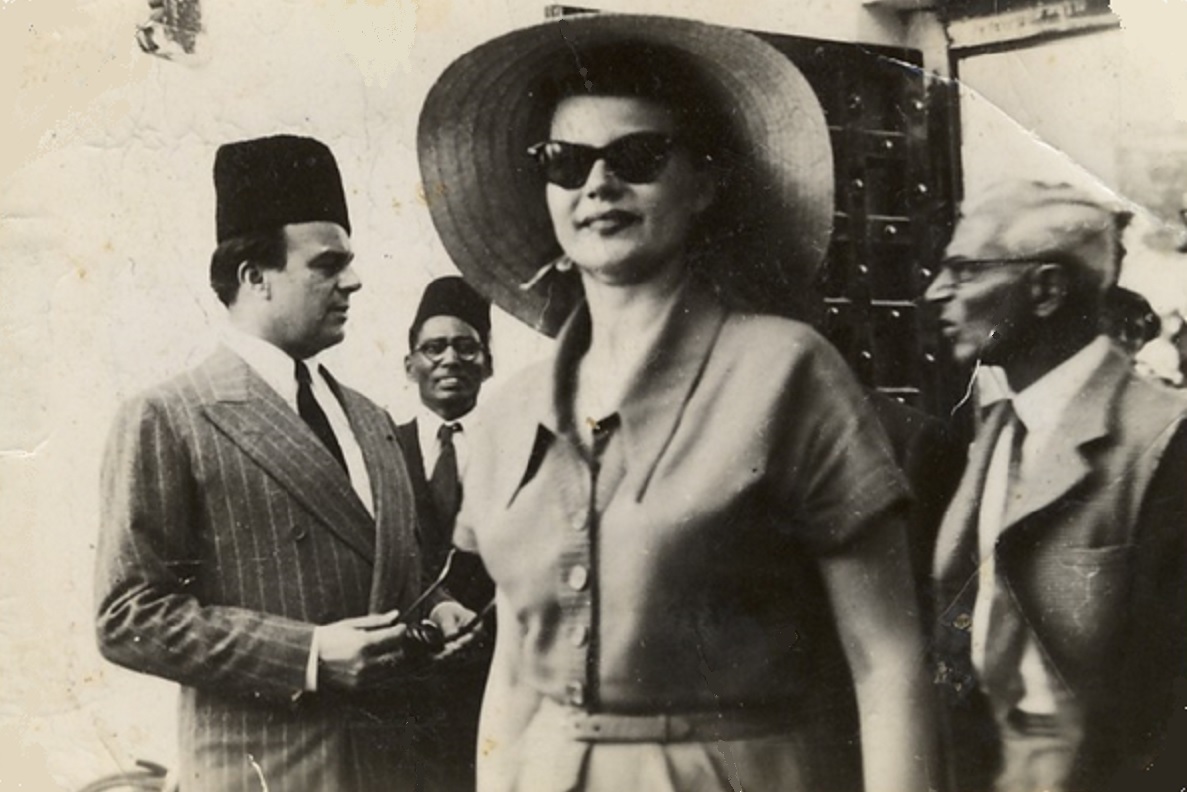 Photos and Story: The Reopening of the Aga Khan Museum

Recollecting a beautiful Canada Day moment in Winnipeg, and the Aga Khan’s message of 1978 that inspired thousands to make Canada their permanent home

Brief notes on 3 books by Ismaili poet Ayaz Pirani, inspired by the oral tradition of Ginans

Photos: Countdown to the reopening of the Aga Khan Museum on June 27, 2020