This ayat mentions four attributes of Allah. In it ‘the First’ and ‘the Last’ are mutually opposites and so are ‘the Manifest’ or ‘Outward’ and the ‘Hidden’ or ‘Inward’. Despite this Almighty Allah announces that His Light is simultaneously manifest in all these four attributes. Since human beings, in their physical condition, are limited in time and space, it is not difficult for them to comprehend the essence of Allah’s being the ‘First’ and the ‘Last’. Similarly as nearly all the religions of the world hold a common concept of God’s being invisible or unseen, they do not find it difficult either to comprehend that He is unseen. However, when it comes to the question of Allah’s being the ‘Manifest’ or the ‘Outward’ then definitely there are differences of interpretations on this matter.

The above concept is validated by this ayat of the Holy Qur’an in which Allah says:

“Then verily We shall narrate unto them (the event) with knowledge, for verily We were not absent (when it came to pass).” (Holy Qur’an, 7:7)

Therefore, when Allah calls Himself Manifest and refutes His absence it means that He is manifest among His creations. Consequently, according to the law of nature He should be manifest in the most superior and perfect being among all creations. It can hence be deduced that human beings are the best among all creations, and from among all human beings the most superior and perfect human-beings are the Prophets and the Imams. As Allah says in the Holy Qur’an about the manifestation of His Spirit:

“And (remember) when thy Lord said unto the angels: Lo! I am creating a mortal out of potter’s clay of black mud altered. So, when I have made him and have breathed into him of My Spirit, do ye fall down, prostrating yourselves unto him.” (Holy Qur’an, 15:28-29)

Reflection upon this ayat shows that Allah has first mentioned the creation of human beings and then of breathing His soul into it. Therefore, it is obvious that Allah has chosen humankind for the manifestation of His Rūh (Soul or Spirit) and to be his vicegerent on earth. Another ayat of the Holy Qur’an further validates this fact in which Allah says:

“Then We sent unto her Our Spirit and it assumed for her the likeness of a perfect man.” (Holy Qur’an, 19:17)

This ayat also indicates to the divine law that when ‘the Spirit’ or ‘Nūr’ is descended from the celestial world into the physical world then it obviously manifested in the highest level of creature i.e. the humankind. For example, when Allah sent His Spirit to Hazrat Maryam then it manifested in front of her in the form of a perfect human being. At this point let it be clearly understood that the manifestation of the spirit of Allah in the presence of Hazrat Maryam does not in any way mean that the spiritual existence of the spirit was no more there and it became only a physical body. The Holy Spirit existed in its essence in divine world and simultaneously it was also manifest in the physical world in the human form.

An in-depth study of the Holy Qur’an reveals the fact that in many places Allah the Almighty has referred to His own manifestations and has ascribed to their actions as His own. For example, when people offered their bay‘at (oath of allegiance) upon the Prophet’s hand, Allah said that “Allah’s hand is upon their hands.” (Holy Qur’an, 48:10) Similarly Allah says that “whosoever obeys the Prophet surely obeys Allah.” (Holy Qur’an, 4:80)

Therefore in the light of the above ayats it can be concluded that Allah’s attributes and commands among His creations are manifested through the Prophets and the Imams.

Now we shall discuss wajhullah (‘the Face of Allah’) in the light of Allah’s attribute of being Az-Zāhir i.e. ‘Manifest’ or ‘Outward’. Hence Allah says:

“Everything will perish save His countenance.” (Holy Qur’an, 28:88)

Upon contemplation on this ayat it will be revealed that Wajhullah (‘the Face of Allah’) is present on this earth together among other mortal things of the world. If the ‘Face of Allah’ were not present among the mortal things of the world, then there would have been no need for Allah to differentiate His face from the rest of the mortal things by using illā, a preposition used for exception. Another fact is that as the ‘Face of Allah’ is His manifestation and that manifestation also has a physical aspect, Allah says kullu shay’in (everything) and includes His own face in the category of the ‘things’. However, since His spiritual countenance is always present in human form, in every era, and never disappears from the earth, Allah has separated it from all other mortal things and declared it as eternal. This fact is expressed by Allah in another way:

“Everyone that is thereon will pass away; there remaineth but the Countenance of thy Lord of Might and Glory.” (Holy Qur’an, 55:26-27)

Moreover, it is narrated in Tafsīr-i-Sāfī on p. 485 quoting from Tafsīr-i-Qumī that Imam Zainul Abidin (AS) is reported to have said that, “we are the Face of Allah by means of which Allah is recognized and by whose means every command of Allah is reached.” It is mentioned in Al Manāqib with reference to Imam Jaffer al-Sadiq (AS) that while explaining the verse “there remaineth but the Countenance of thy Lord of Might and Glory,” he said, “we are the Face of Allah”. [3]

About the author: Alwaez Rai Kamaluddin Ali Muhammad of Karachi, Pakistan, has been attached with the Shia Imami Ismaili Tariqah and Religious Education Board for Pakistan (ITREB) since 1965. He along with his wife, Alwaeza Raisaheba Zarina Kamaluddin, were granted the honour of imparting religious education to the children of Mawlana Hazar Imam. Alwaez is author and compiler of numerous books and articles related to Islam and the Ismaili tariqah.  His complete profile may be viewed on his Website, http://kamalzar.com/

Editor’s note: The article was published in an earlier revision in Ilm, December 1976, volume 2, number 2, page 3-4 under the title Elucidation of Wajhullah.  This new revision was submitted by Alwaez for this Website, and will also appear in one of his forthcoming books.

7 thoughts on “A Reflection on Wajhullah (‘The Face of Allah’)” 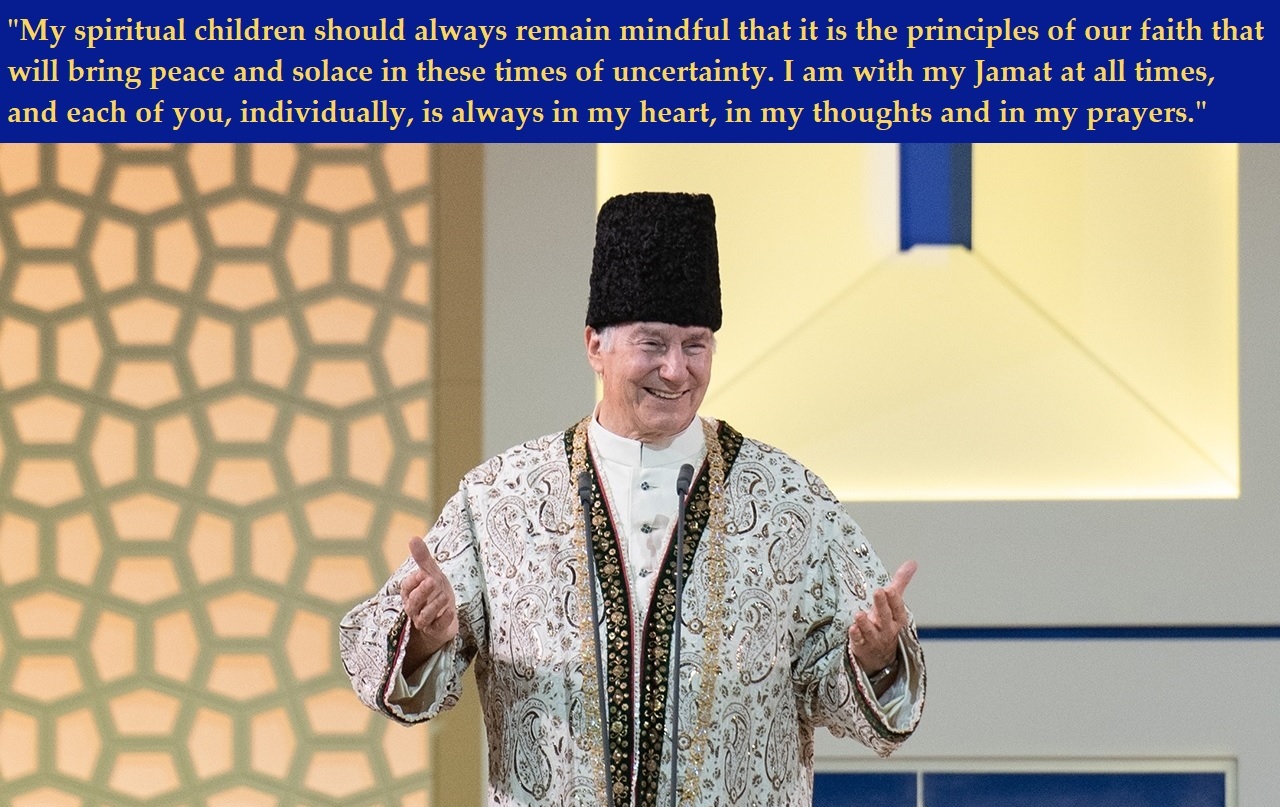 The unforgettable Eid ul-Fitr of September 1944: A heart warming story as told by Mawlana Hazar Imam and Prince Amyn Muhammad 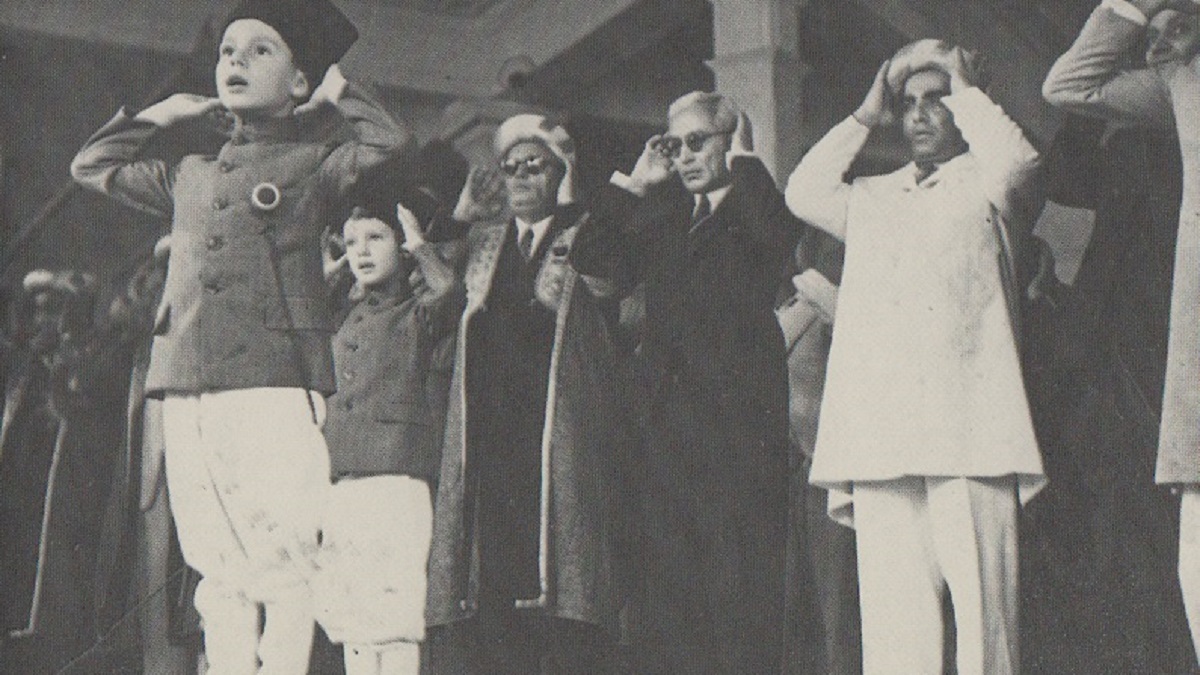 The exemplary volunteer service and dedication of Nazir Nensi to the Jamat and Mawlana Hazar Imam, and two cherished photos with the Imam 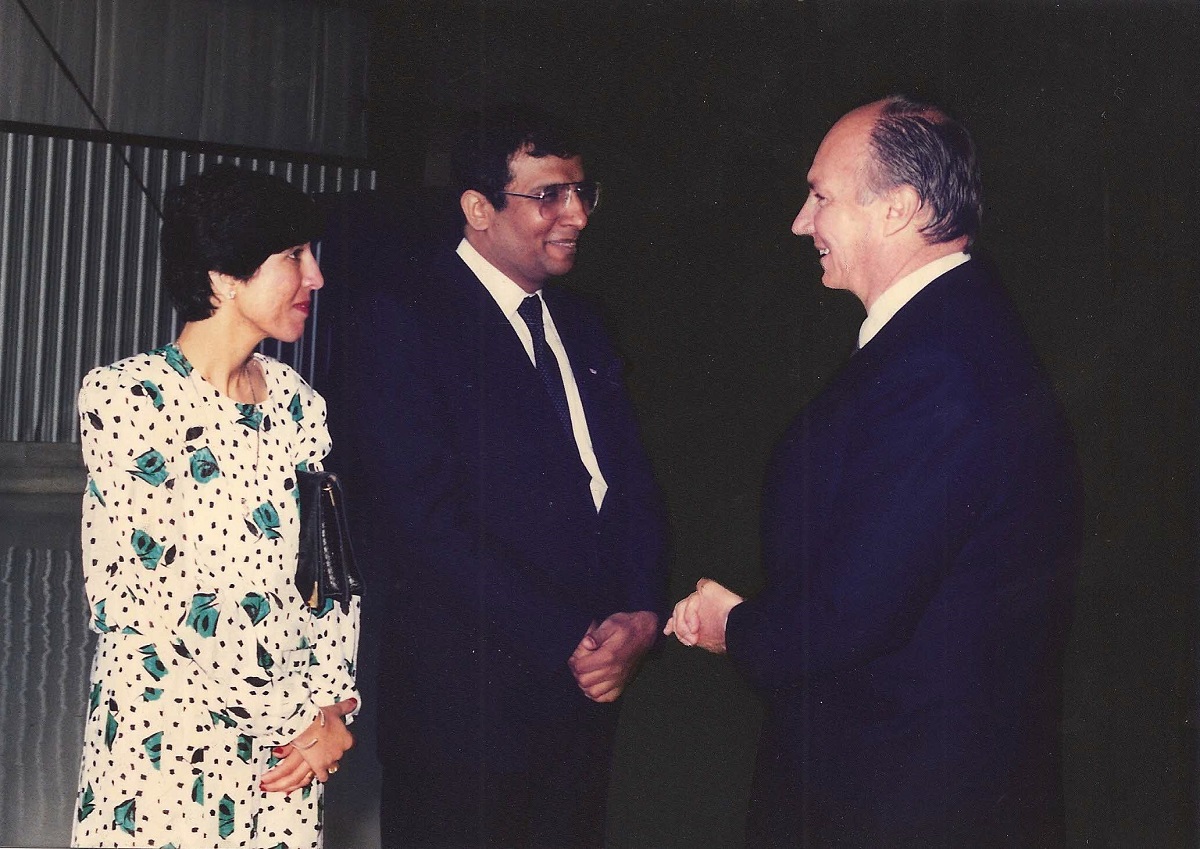 Must watch official video: Mawlana Hazar Imam’s historic visit to Central Asia in 1995 – the first by an Ismaili Imam in centuries