“…Fatimid mosques were designed to shine, like beacons, of Shi‘ite propaganda…”

The Fatimid dynasty made great efforts to construct, furnish and maintain mosques in order to disseminate their Shi‘ite beliefs. Whether at Mahdiyya, or in their splendid capital Cairo – with imposing complexes like the mosques of al-Azhar and al-Aqmar – or in regions as far a field as Sicily, Fatimid mosques were designed to shine, like beacons, of Shi‘ite propaganda.

Location:
The mosque is located at the beginning of al-Muizz li Din Allah Street, adjacent to the Fatimid northern wall of the Old City of Cairo in Egypt, only a few steps away from Bab al-Futuh (Gate of Conquest – see reading below) and Bab al-Nasr (Gate of Victory). At the time of its construction, the mosque lay outside the brick-built walls encircling Fatimid Cairo, constructed by order of Jawhar al-Saqalli, the commander of the armies of the Fatimid caliph, al-Muizz li-Din Allah in AH 359 / AD 970. In AH 480 / AD 1087. Badr al-Din al-Jamali, minister of the Fatimid caliph al-Mustansir, undertook the expansion of the city on the northern and southern ends, for a distance of 150 m. He built the new walls out of stone and the north wall butted on to the northeastern wall of the mosque, Cairo, Egypt

Description:
The principle (northwestern) façade of the mosque extends along al-Muizz Street. The centre of this façade is marked by a projecting monumental portal composed of two squat towers that flank the entrance to the mosque. The portal projects from the façade by 6 m, and is 15.50 m wide and 11 m high. The entrance is ornamented by recessed panels filled with bands of decorative motifs, and kufic inscriptions. This type of decorative style was introduced to Egypt by the Fatimids and originated in North Africa, seen in the Great Mosque of Susa in Tunisia (AH 236 / AD 801). The projecting portal of the Mosque of al-Hakim bi Amrillah is considered to be one of the oldest examples in Egypt, an architectural style that had appeared before in the Mahdiyya Great Mosque in Tunisia.

At the two ends of the principle façade are two minarets that are the work of al-Hakim bi-Amrillah, who had them built in AH 393 / AD 1002, acquiring the idea of building them at the two corners of the mosque façade from the Mahdiyya Great Mosque in Tunisia. The original section of the northern minaret is the base and the cylindrical body. The southwestern minaret is composed of a square base ending in an octagonal form. The remaining parts of the two minarets were added by Commander Baybars al-Gashanqir during the rule of the Mamluk sultan, al-Nasir Muhammad ibn Qalawun, after an earthquake in AH 703 / AD 1303, which resulted in the destruction of the original pinnacles of the two minarets.

Eleven years after building the minarets Al-Hakim bi Amrillah had in fact added stone walls, which encased the sides of the minarets, and surrounded each of them along the outside so that they assumed the forms of towers. Inscription bands were included which contained Qur’anic verses written in the kufic script. Perhaps this addition was influenced by the square bases of al-Andalus and Maghreb (North African) minarets seen in the Great Mosque of Kairouan and the Great Mosque of Córdoba. There is also clear architectural evidence to confirm that the mosque once had three domes, the middle one of which is still standing. Bricks were used in the building of the arcades, arches and domes of the mosque. However, stone was used in the construction of the outer walls, minarets and the projecting portal.

The mosque was influenced by earlier local styles seen at Fustat and Qatai’, and especially by the Congregational Mosque of Ibn Tulun, also in Cairo (built AH 265 / AD 879). These influences are most obviously manifest in the distribution of arcades, in the borrowing of the idea of building brick-piers which support the arcade arches, in the rectangular sections of the piers, in the arrangement of corbels in the corners of the piers, and in the multiplicity of doors. Likewise, the transept aisle in the area of the qibla and the three domes were an innovation seen earlier in the Mosque of al-Azhar in Cairo (built AH 361 / AD 972).

The mosque was subject to neglect and deterioration from the AH 9th / AD 15th century. The French used the mosque as a fortress during their campaign against Egypt (AH 1213–16 / AD 1798–1801) and used the minarets as watch-towers. After that, it was occupied by glassmakers and textile-workers. A complete restoration of this mosque took place at the end of the 20th century.

How monument was dated:
The mosque has been dated on the basis of on an inscription carved along the surface of the entrance which indicates that it was commissioned by al-Hakim bi Amrillah in 390 / 1000. Historical sources such as al-Nujum al-Zahira by Ibn Taghri Bardi (d. 874 / 1469) mention that he completed the building of the mosque and inaugurated it in 403 (1012).

Bab al-Futuh is one of three extant gates of the Fatimid walls of Cairo, built by two Armenian brothers who came from the city of Raha, and is considered to be one of the oldest-known examples of military architecture in the Islamic world. The gate entrance is covered by a shallow dome consisting of transition areas composed of four spherical triangles, a model appearing in Egypt for the first time.

Location:
Bab al-Futuh is located in the northern wall of the old Fatimid city of Cairo which was built by Amir al-Juyush (Commander of the Armies) Badr al-Jamali during the rule of the Fatimid Caliph al- Mustansir bi Allah. The wall caused the City of Cairo to occupy a square surface area, the sides of which measured about 1200 m. A number of gates were opened up in the walls of Cairo, of which the only three that remain are Bab al-Nasr and Bab al-Futuh in the northern wall, and Bab Zuwayla in the southern wall. Bab al-Futuh is located at the beginning of al-Muizz Street (the kasbah of the old Fatimid City) which is the principle axis in Cairo and extends from the north at Bab al-Futuh, to the south at Bab Zuwayla. The Mosque of al-Hakim bi Amrillah (see description above) is located in the proximity of Bab al-Futuh, Cairo, Egypt

Description:
Bab al-Futuh is composed of a large block-like structure built of stone. Its facade consists of two towers, projecting from the walled enclosure. The width of the gate’s façade is 23 m; it is 25 m thick and 22 m high. The towers of this gate are semi-circular, similar to the two towers of Bab Zuwayla in the southern wall (built AH 485 / AD 1092), but they are not square like the two towers of Bab al-Nasr which is on the same, northern, wall (built AH 480 / AD 1087). The towers of Bab al-Futuh are massive and reach up to the same height as the northern walls of the city. The upper section of each tower comprises a defensive room with arrow slits.

The gate entrance is covered with a shallow dome consisting of transition zones of four spherical-triangular pendentives. This is the first appearance of this type of dome in Islamic Egypt. The Gate retains beautiful decorative elements on its external arch that includes a variety of vegetal and geometric motifs, representing a stage of development with regard to stone decoration in Islamic architecture. The entrance is also decorated with brackets, some of which assume the form of rams’ heads. The two sides of the towers are adorned on their interiors with a large arch that is carved in stone and whose curvature is adorned with a series of regular lobes, the like of which can be seen on the entrance of the Small Dome in Palermo (Piccola Cuba) in Sicily, which dates to the AH 6th / AD 12th century.

Bab al-Futuh and Bab al-Nasr are connected by the northern wall of the city, the upper third of which is composed of vaulted passages, with arrow slits, as well as towers to defend the city. The names of some of the commanders of the French expedition against Egypt, under Napoleon Bonaparte (AH 1213–16 / AD 1798–1801), are written on the towers of Bab al-Futuh and Bab al-Nasr as a witness to their residence in Egypt and their use of those forts during their campaign.

How monument was dated:
The dating of this edifice is supported by historical sources, for example Al-Maqrizi (d. 845 / 1442) mentions the date of construction in his book, Al-mawā’iz wa’l-i’tibār bi-dhikr al-khiţaţ wa’l-āthā (Cairo, 1853).

Above Text and Images reproduced with the kind permission of Museum with No Frontiers (MWNF) and is Copyright MWNF.

Please visit the state of the art MWNF Website at  http://www.museumwnf.org/ and click on Discover Islamic Art for more images, close-ups, additional research material and bibliography of the above sites as well as numerous objects and monuments from other periods of Islamic History. 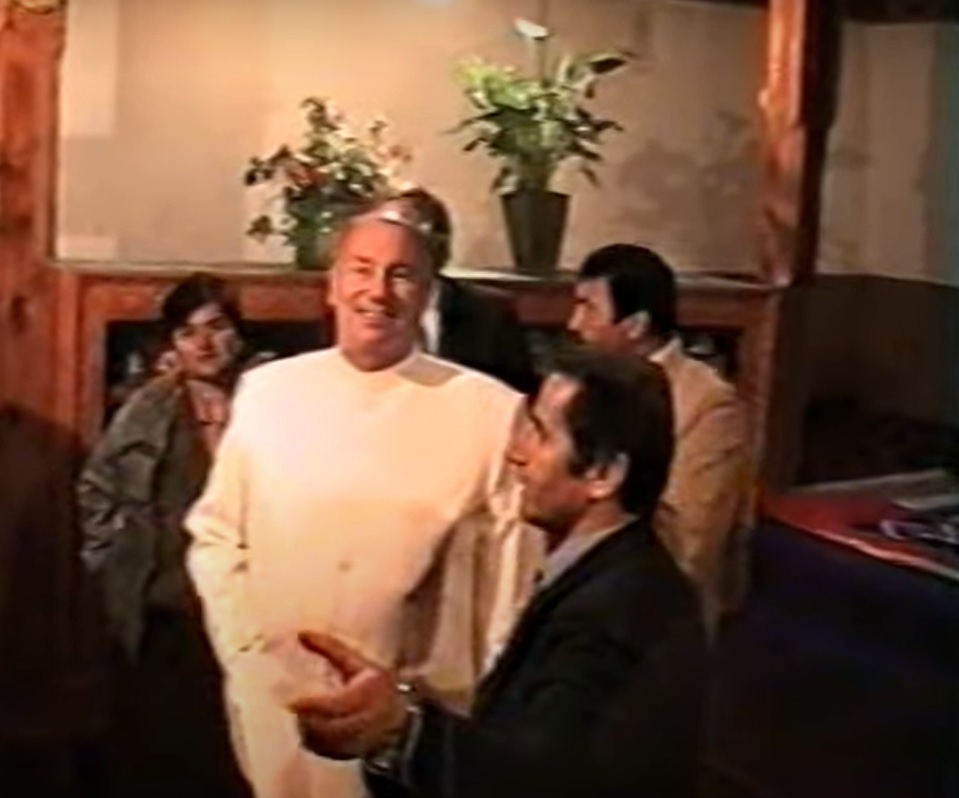 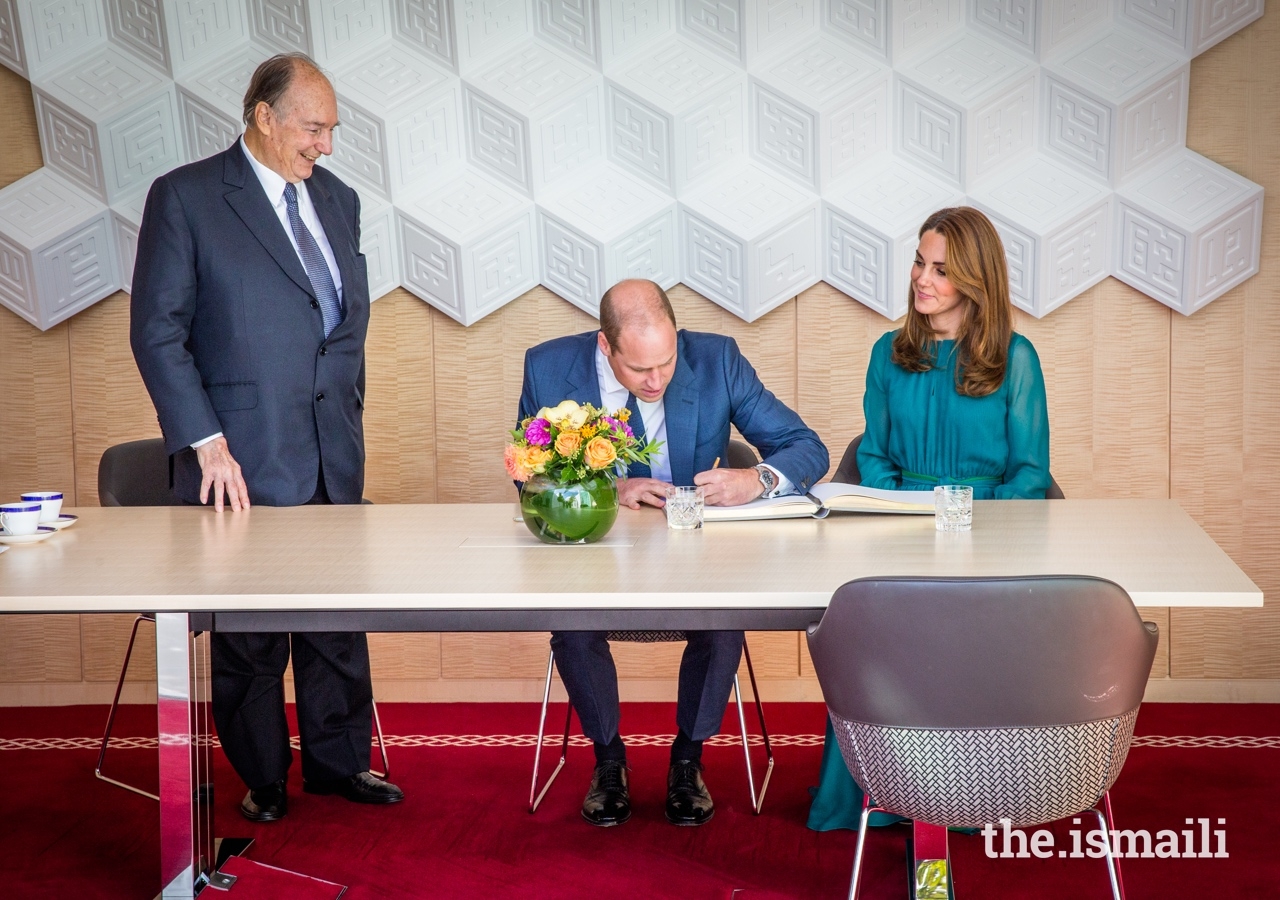 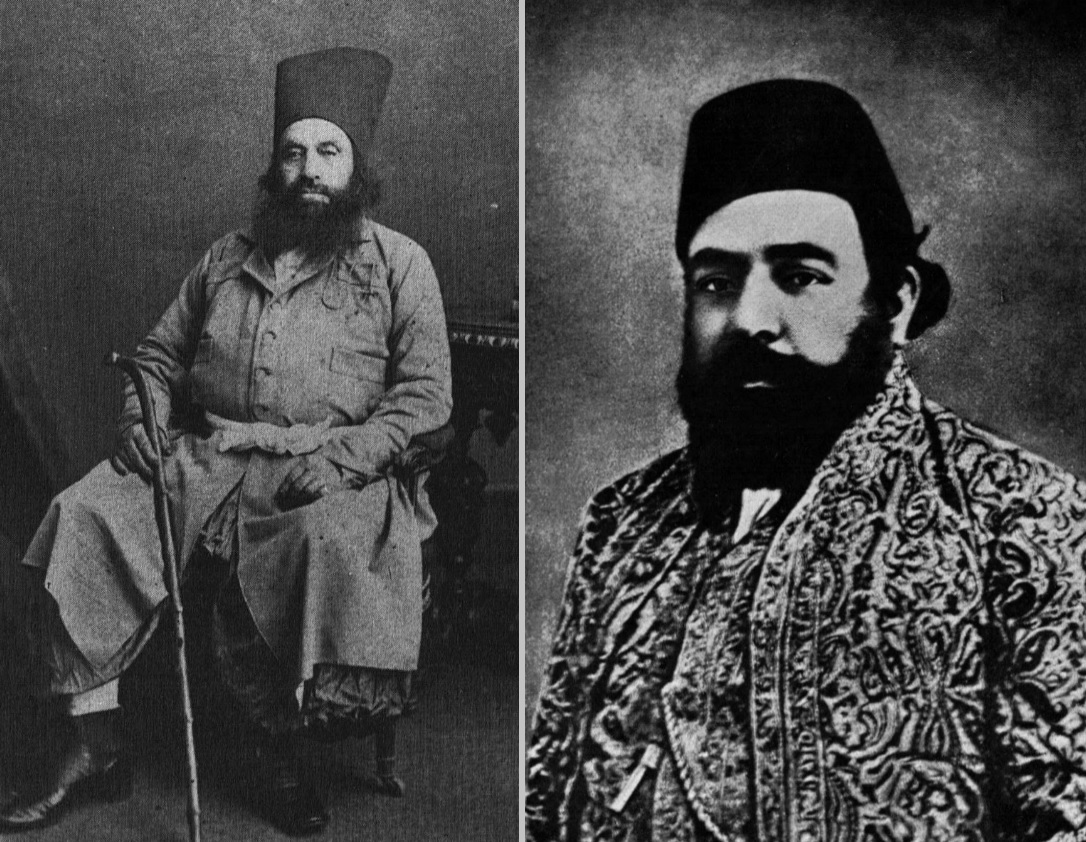