The following are thematic excerpts from remarks made by His Highness the Aga Khan at the North-South Prize Ceremony, Senate Hall, Parliament, Lisbon, on June 12, 2014. 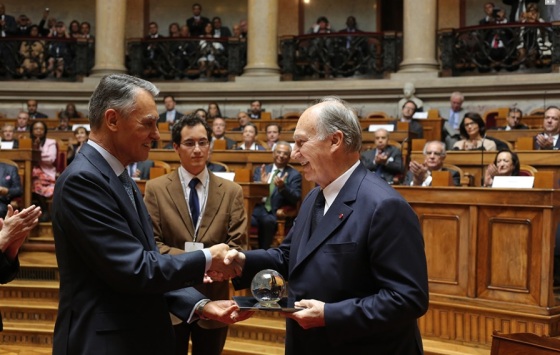 His Excellency Aníbal Cavaco Silva, the President of the Republic of Portugal presents His Highness the Aga Khan with the 2013 North-South Prize. – Photo: AKDN/ José Manuel Boavida Caria

This award, first of all, has special significance because of who shares it – Madame Suzanne Jabbour. Her dedication to those who are tortured is an example that inspires us all. I know she will agree when I mention the list of those – from both South and North – who have received this award since 1995. It is a moving experience to have one’s work recognized alongside theirs.

…this prize has particular meaning because of those who organize it – the men and women of the North-South Centre of the Council of Europe, who contribute so much to advancing democratic citizenship in our world. The Aga Khan Development Network has been proud to join with the Centre in distinguished projects such as the annual Lisbon Forum held at the Ismaili Centre.

The significance of this award is also enhanced for me by the fact that it has been presented by the President of Portugal, in the presence of so many eminent leaders, and in this splendid Parliamentary setting.

THE IMAMAT, AKDN, PORTUGAL AND THE NORTH-SOUTH PRIZE

The Ismaili Imamat and the Aga Khan Development Network have had a long, close relationship with Portugal, built on shared values. Over many centuries, Portugal has welcomed and integrated people of diverse cultures. It was here on the Iberian Peninsula that Al-Andulus flourished for so long as a model of effective pluralism, a home for Christian and Jewish peoples that was also part of an Islamic empire….

The North-South prize affirms principles which have long been animated and sustained by the work of the Aga Khan Development Network. Our Network seeks in many ways to improve the quality of human life, in health, education, in cultural and economic development. But our core conviction is that human progress depends on human cooperation, even across difficult lines of division.

A PLEA FOR RICHER DIALOGUE, DEEPER EDUCATION AND RECOGNITION OF THE BLESSINGS OF PLURALISM 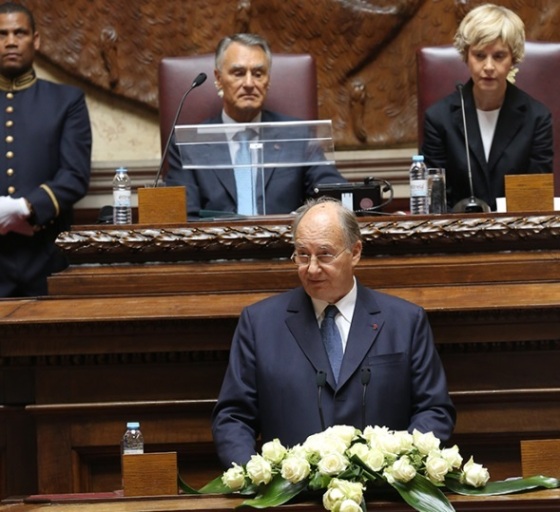 As I observe the world, I am struck by the insufficiency of well-informed debate, of richer dialogue, of deeper education in our quest to avoid human conflict. That insufficiency often plagues relations between the North and the South– and increasingly between the North and the Islamic world. Some have called this a clash of civilizations—I think it is, essentially, a clash of ignorances. What it means, in any case, is that institutions such as the North-South Centre have never been more important.

A related problem is the failure of so many to recognize that pluralism is not only a growing fact of life but also a blessing for their communities—an opportunity to be welcomed rather than a threat to be feared.

It was to address this issue that the Government of Canada and I created a new Global Centre for Pluralism in Ottawa in 2006.

Recently the Global Centre held its Third Annual Pluralism Lecture….our guest lecturer was Antonio Guterres, United Nations High Commissioner for Refugees since 2005….His recent Lecture described, eloquently, the unprecedented scale and severity of the world’s refugee crises. He addressed, passionately, the moral challenge this crisis presents, the tragic impulse of some to exploit it, and the critical importance of standing together on behalf of human tolerance. I commend his words to you; they resonate powerfully with the purposes of the North-South Centre.

We inhabit an overcrowded and interconnected planet and yet we share a common destiny. A weakness or pain in one corner can rapidly transmit itself across the globe. The pervasive rejection of pluralism in all its forms plays a significant role in breeding destructive conflicts.

An example is the current situation in the Middle-East, where conflict is having a profound destabilising impact — in the region but also well beyond — including here in Europe.

TRADITIONAL VALUES AND THE GIFT OF PLURALISM

Instability is infectious, but so is hope. And that it is why it is so important for us to carry the torch of hope as we seek to share the gift of pluralism.

Pluralistic values have been articulated since ancient times. Profound expressions about our common humanity are embedded in the world’s great religious traditions, including my own. But now it is for us to re-articulate those traditions. As we do so, our support for one another can be a source of renewed and growing strength.

WHAT CAN SAVE US?

It is ironic that a sense of intensified conflict comes at a time of unprecedented breakthroughs in communication technology. At the very time that we talk more and more about global convergence, we also seem to experience more and more social divergence. The lesson it seems to me is that technologies alone will not save us– the critical variable will always be and will always lie in the disposition of human hearts and minds.

I am grateful for the opportunity to share with all of you in this experience – and in the great purposes to which it calls us.

For links to numerous other pieces on the Award Ceremony please click on http://www.ismailimail.wordpress.com.

For a comprehensive coverage of the speeches of His Highness the Aga Khan, please click on http://www.nanowisdoms.org. 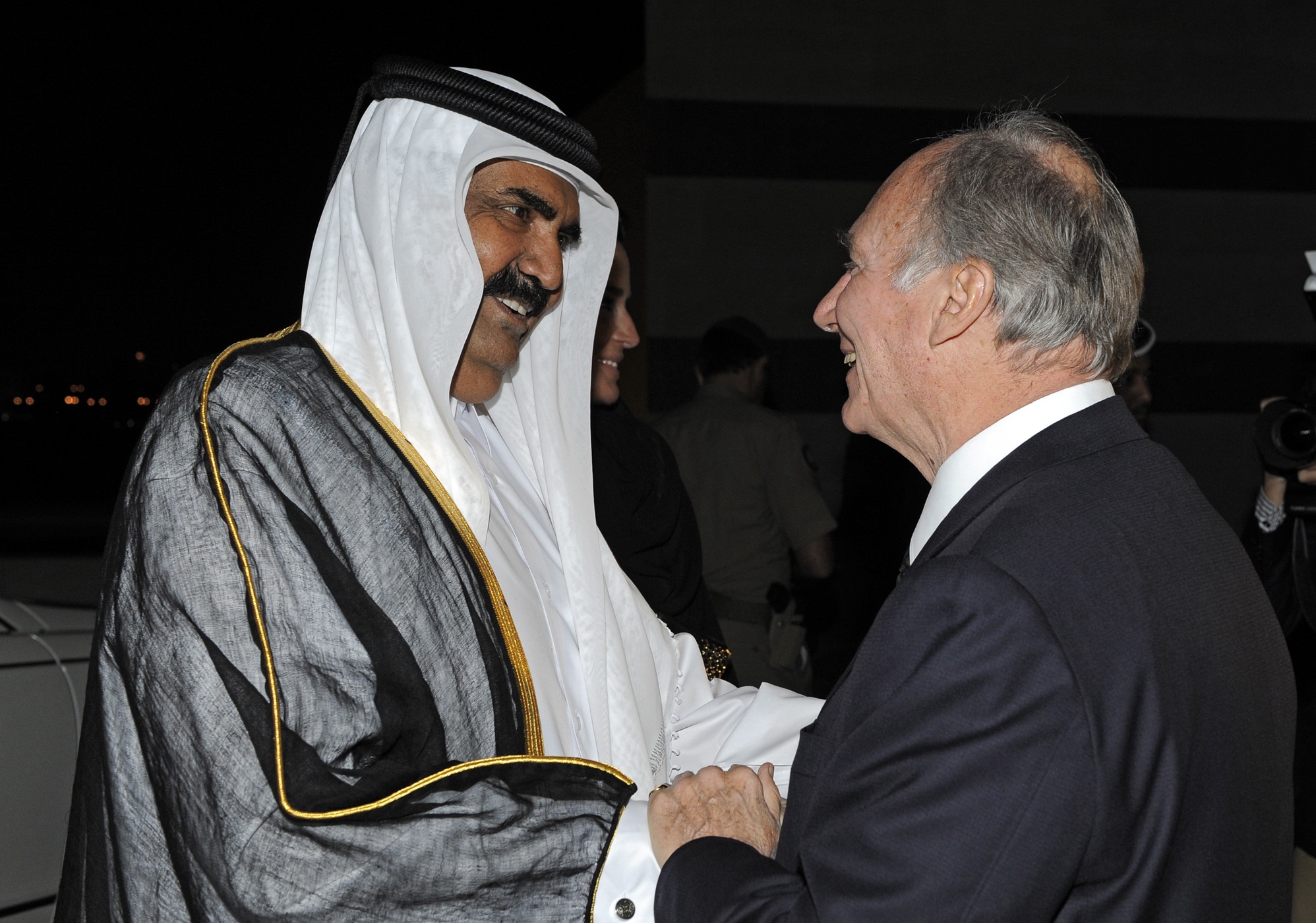 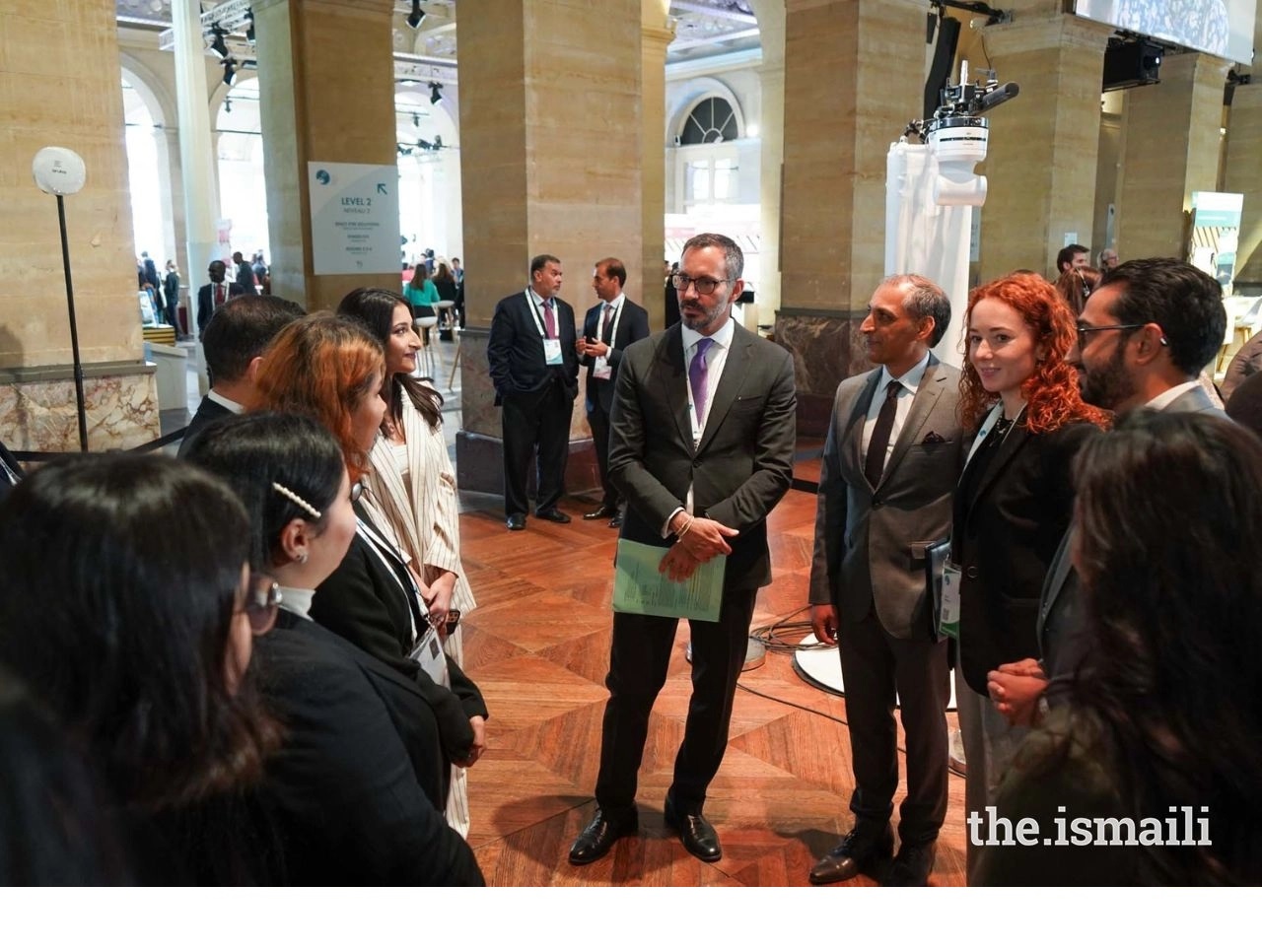 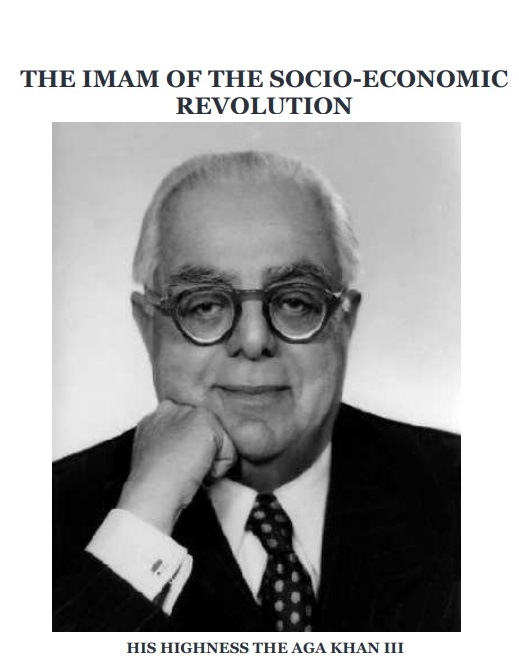 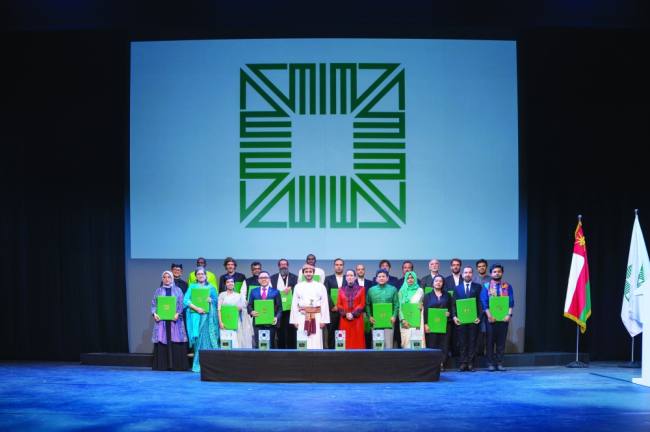 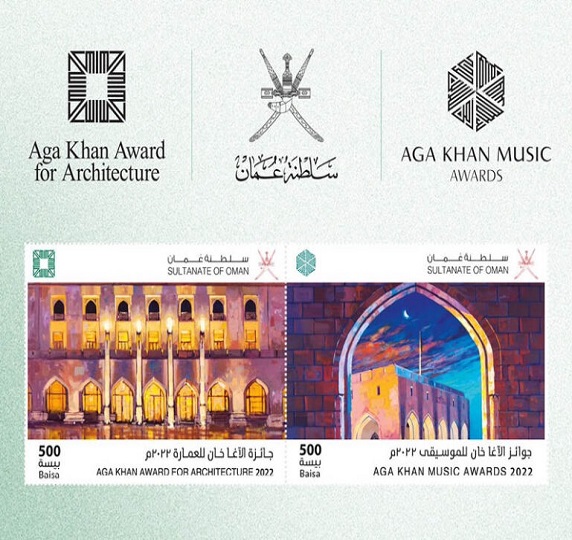