Simerg’s new feature Short Historical Insights is intended to make history educational, interesting and stimulating for readers through anecdotes, facts, stories as well as images related to Ismailis and their Imams, in no more than  500 words. Information in the series will be unearthed from a maze of documents, including those that are not easily accessible due to their sheer size or location, or material which, in the broader scope, would be of interest for research on specific themes. Of course, we will also rely on other well-known (or lesser-known) treatises and texts as well as libraries and museums for this new feature.

For the first episode, we go to a massive work called The Collected Works of Mahatma Gandhi and reveal a story that appears in Volume 33, which is dedicated to the period from September 1925 to February 1926 in Gandhi’s life. During his visit to Mundra in Gujarat, the father of India, is frustrated with members of his own faith with respect to their treatment of the Untouchables* and, somewhat grudgingly, praises the work of one Khoja (Ismaili) named Ibrahim Pradhan Saheb, who has unselfishly built a school for the outcast children.

This anecdote, by none other than Mahatma Gandhi, is an excellent example of the Ismaili spirit of loyalty to their countries of birth or adoption, a matter which Ismaili Imams have placed on their followers as one of their two principal obligations during their lifetime, the other being their loyalty to the Ismaili Muslim faith. Ibrahim Pradhan was an exemplary Ismaili in this regard, and we are pleased to provide a short account of his contribution from Mahatma’s own two speeches made in 1925.

Readers are invited to contribute to this new feature by submitting their pieces to  Simerg@aol.com. We always acknowledges letters and submissions from non-anonymous sources.

” ….It is wrong to invite me to a place where the entire public believes in untouchability. It is an insult to invite me to a place where the untouchables are treated with nothing but contempt. After having come here, I heard of the school for the untouchables. I felt that at such a place the Antyajas [lit. the last born – ed] would receive service. I would congratulate Ibrahim Pradhan Saheb on the school but the Hindu public deserves no such congratulations. Its existence puts the Hindus to shame. It is a matter of shame for me if a Muslim builds a Siva temple for my benefit. I was pleased to see the school’s activity of spinning and weaving; however, I immediately felt that neither I nor the Hindus could take credit for this meritorious deed. I can have no sense of satisfaction if a Muslim recites the Gayatri mantra instead of me. I can only feel satisfied when a Brahmin comes along and offers to recite the  Gayatri for me. However, in this case, the Khojas are doing the work that should be done by Hindus. Here, no one is bothered in the least about the Antyajas. I do not see any non-Antyajas except the guests sitting among the  Antyajas here before me. Even those who go around with me during the day have abandoned them and are seated in the enclosure for high-caste gentlemen. If you could rip open my heart today, you would find it crying — ‘O Lord! Could this be the Hindu dharma, where no one cares for the Antyajas? Is there not a single person in the town who will come to their rescue’?…

Location of Mundra in the Kutch district of India’s Gujarat State. Image: Wikipedia.

I had my bitterest experience in Mundra. I found only hypocrisy, insincerity and play-acting there. Even Muslims were made to sit in the enclosure for those who supported untouchability as if they too believed in it. Hence, only my companions and the Muslim volunteers remained in the section reserved for Antyajas. Many among the Hindu volunteers, though they claimed that they did not believe in untouchability at all, were nevertheless kept in the enclosure meant for those who did believe in it.

There is a school for the Antyajas in Mundra but it is a philanthropic Muslim gentleman, Sheth Ibrahim Pradhan, who runs it at his own expense. The school may be regarded as good up to a point. The children are kept very clean. The building is in the centre of the city. The children had even been taught Sanskrit verses, [which they recited] in a broken accent. Spinning, carding, ginning and weaving were taught in the school itself. Only children’s clothes were not made of khadi [handspun and hand-woven cloth – ed.]; however, the organizers had gone in for the cloth believing it to be pure khadi. The reader might perhaps conclude that this school would give me some satisfaction. It gave me no satisfaction but caused me grief, rather, as the credit for it would not go to a Hindu. I have already mentioned the name of the gentleman who finances it.

Yerawada (or Aga Khan) Palace, now the Gandhi Memorial, was built by the 48th Ismaili Imam to provide a means of livelihood to the famine stricken people in Pune. Historically, the palace holds great significance. Mahatma Gandhi, his wife Kasturba Gandhi and his secretary Mahadev Desai were interned in the palace from 9 August 1942 to 6 May 1944. In 1969, the current 49th Ismaili Imam, Prince Karim Aga Khan, donated the Palace to the Indian people as a mark of respect to Gandhi and his philosophy. Today, the palace houses a memorial on Gandhi where his ashes were kept.

The gentleman in charge of this school is the heir of the Aga Khan in Mundra. Sheth Ibrahim Pradhan deserves all praise for his charity, as I was informed that this school is not being run for the purpose of converting the untouchables or schoolchildren to Islam, but in order to enable them to make progress as Hindus. The people of Mundra also informed me that the gentleman in charge, Mauledina Meghji was a Vedantin [belonging to a school of Indian philosophy – ed.] and a learned person. All this must be regarded as satisfactory. However, what is the contribution of the Hindus? Untouchability is an ugly blot on the Hindu religion, it is a sin. The Hindus alone can do prayaschitta [atonement for sins] for it. The dirt on my body will go only when I myself remove it.

This institution adds to the prestige of Sheth Ibrahim Pradhan, and to that extent to the shame of the Hindus.

*Untouchables are outcasts—people considered too impure, too polluted, to rank as worthy beings. Prejudice defines their lives, particularly in the rural areas, where nearly three-quarters of India’s people live….Although the Indian constitution makes caste discrimination illegal, Untouchables living at the bottom of society are subjected to indignities” — from http://ngm.nationalgeographic.com/ngm/0306/feature1/

2 thoughts on “Ismaili Historical Insights: (I) 1925: Mahatma Gandhi on the Meritorious Deed of a Khoja Ismaili” 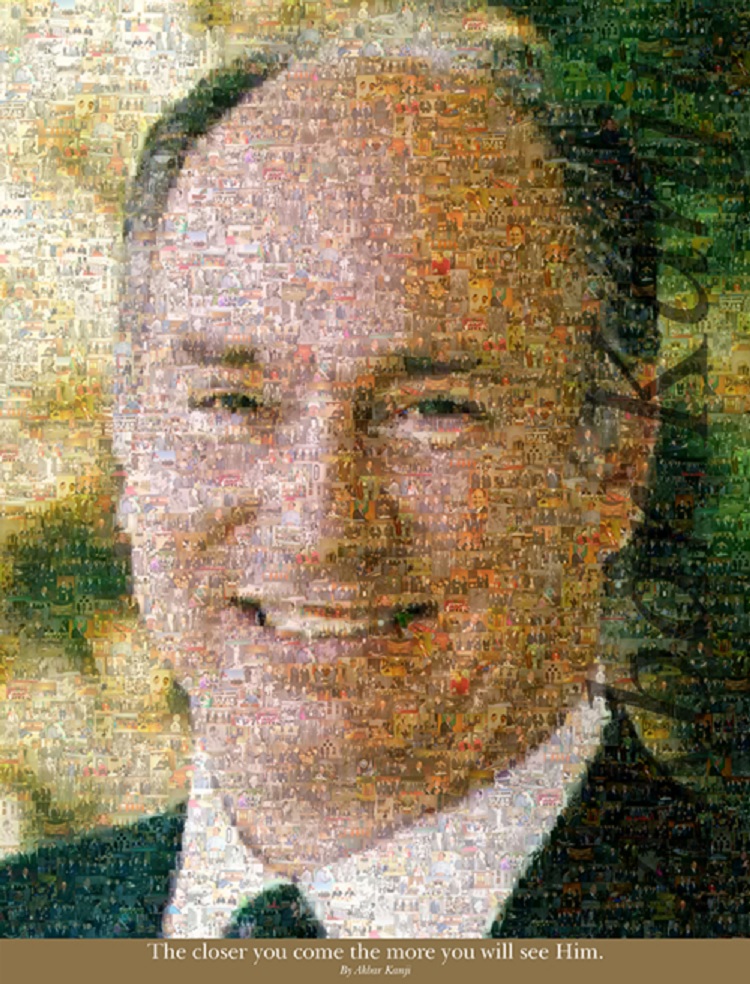 An Important Reminder to Ismaili Authors/Artists to Submit Information About Their Books and Artistic Endeavours by February 15, 2021

From Dawn to Dusk at the Aga Khan Park, Ismaili Centre and Aga Khan Museum: A Collection of Superb Photos

The Guardian on Wikipedia at 20: Last Gasp of an Internet Vision, or a Beacon to a Better Future?